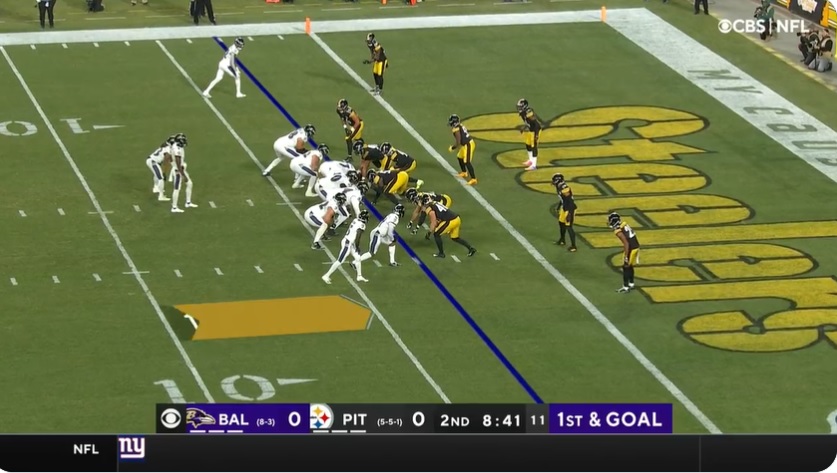 While the only thing that truly matters coming out of Sunday’s game against the Baltimore Ravens at Heinz Field for the Pittsburgh Steelers is a win, there remains a number of concerns overall for the black and gold, especially in the tackling department.

For just the third time this season the Steelers missed double digit tackles and still pulled out a victory, matching the feat accomplished against the Seattle Seahawks and the Cleveland Browns in recent weeks.

Much like the Seattle game in which the Steelers missed an astounding 22 tackles, the Steelers were downright dreadful in the tackling department on Sunday, missing 17 total tackles against the Ravens.

Once again, it’s the usual cast of characters missing tackles, which is tough to see.

A win is a win, but there’s still plenty of concerns moving forward, especially on the defensive side of the football.

As you can see from the numbers, it was an ugly day overall for the Steelers. Miraculously, the Steelers were able to pull out a win on a day in which they missed 17 tackles, six of which came on plays in which the Steelers missed sacking Lamar Jackson.

It started right away on the Ravens’ first drive of the game Sunday, resulting in one of the funniest missed tackles this group has had all season.

I say that laughing to hide the pain.

On the first drive of the game the Ravens got Devonta Freeman involved right away. This run just under two minutes into the game showed Freeman still has plenty of burst left in his game.

Devin Bush does a great job reading run and getting downhill into the hole, while Alex Highsmith does a fine job cutting off the backside down the line of scrimmage, taking away the usual cutback lane. Where Highsmith messes up though is that once he sees Freeman commit to his side he’s overeager coming downhill, taking out Bush in the process, allowing Freeman to spring it outside.

From there, Minkah Fitzpatrick does a good job cutting off Freeman from getting to the sideline, but he has a woeful attempt at tackling him, forcing him back inside, allowing Freeman to pick up an additional six yards, setting up a manageable second and short.

Now, I know this goes down as a miss, but I loved the overall process here, aside from the not wrapping up. Witherspoon is unafraid to come downhill with force and stick his face into the fan. Ravens’ fullback Patrick Ricard is a big guy, but Witherspoon laid the wood here. What he didn’t do though was wrap, allowing Ricard to bounce off of the low hit and pick up the first down.

Finally, on the last drive of the game for the Ravens, Fitzpatrick records his second and final miss of the game, and again it comes in space.

For as good as Fitzpatrick has been this season covering up a number of warts for the Steelers’ defense, he is really struggling to tackle in space. It’s his Achilles heel at the moment.

This should be a relatively easy play for Fitzpatrick to make. Instead, it’s a massive whiff with under a minute to go, allowing Sammy Watkins to pick up another 10 yards and a first down, getting the Ravens inside the Steelers’ 15 yard line needing a touchdown.

He tends to fly in out of control at times, which leads whiffs like this. He needs to break down and make a stick, rather than hoping his momentum will carry him into the ball carrier and cause a tackle.

Offensively, the Steelers had a solid day once again, forcing 13 total missed tackles by the Ravens, with many coming in the fourth quarter, which should be unsurprising considering the Steelers scored 17 points in the final 15 minutes of action.

Pat Freiermuth is really starting to find his game as a run-after-catch tight end. No, he isn’t the biggest, strongest or fastest tight end, but what he does in the open field is something to behold.

He turned Ravens’ linebacker Chris Board into a speed bump on Sunday night, giving the Steelers’ offense a real spark late in the first half.

That’s a great display of generating power in such a tight space, dumping Board off of the high hit to pick up another 12 yards, getting the Steelers near midfield on a late drive that eventually resulted in a field goal.

That’s a winning play any way you slice it.

Then, in the fourth quarter Diontae Johnson heated up, especially after the catch.

This is what Johnson does with the football in his hands. He’s so darn dynamic, it’s truly something to marvel at. How he has the power to run through this tackle attempt and then hit top speed in the blink of an eye on the way to a 25-yard gain is so impressive.

He’s not as flashy as some of the best receivers in football, but you’d be remiss if he’s not in the top 10 discussion at the moment.