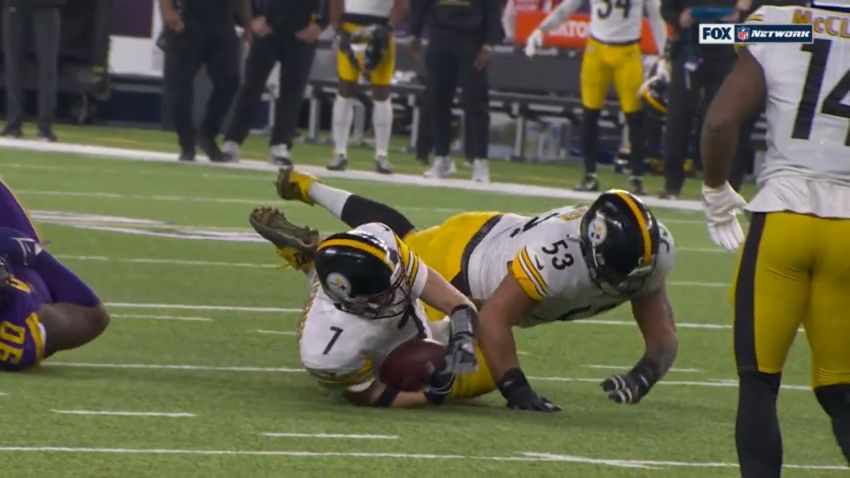 The Pittsburgh Steelers have been absolutely reliant upon their rookie draft class this season, particularly on the offensive side of the ball, where more than a third of the starting lineup consists of their top four draft picks. Two of them make up 40 percent of the starting offensive line. Another two, skill position players, have contributed 15 touchdowns, of the 29 total scored by the offense.

While running back Najee Harris and tight end Pat Freiermuth have largely been out there doing their thing and being positive contributors, however, tackle Dan Moore Jr. and center Kendrick Green have had more thankless jobs. Unfortunately, much of the criticism they receive has been merited, particularly as it concerns Green, their third-round pick out of Illinois.

The Steelers drafted him, coveting his mobility, to succeed Maurkice Pouncey at the position, who retired this offseason. While slightly on the smaller side, and with shorter arms than average, he has gym-room strength, yet he often finds himself overmatched and on the ground. Offensive coordinator Matt Canada was asked why this is the case.

“I’m sure a multitude of things. We’re going into the late part of the season here and the grind of that and the experience, technique, all those things factor into it”, he told reporters, via the team. “He’s done a great job at the time; we’ve asked quite a bit of him, and we have a lot of belief that he’ll continue to get better. He’ll get better this week”.

Truth be told, it’s hard to find a game in which he actually played well this season, with perhaps the Green Bay game many weeks ago being his best performance overall. He is coming off of a rough stretch the past few weeks, however, which have also featured a recurrence of his snapping issues, and even communication issues with Ben Roethlisberger and the rest of the offensive line—snapping early, snapping late, even not snapping at all.

While it’s ‘reasonable to expect growth and development’ from second-year players, as head coach Mike Tomlin would say, there’s no getting around the reality that Green has had a rough rookie season. There’s a reason that both players and coaches are rallying this week and pointing out how much they’ve put on his plate.

However it comes about, the long and short of it is that the Steelers must get better play from the center position, and most positions along the offensive line, in 2022 and beyond. Whether that’s because Green has a good offseason and shows growth or because they have to turn to somebody else, whoever is starting in the middle of that line has to spend less time on his back looking up at the sky.