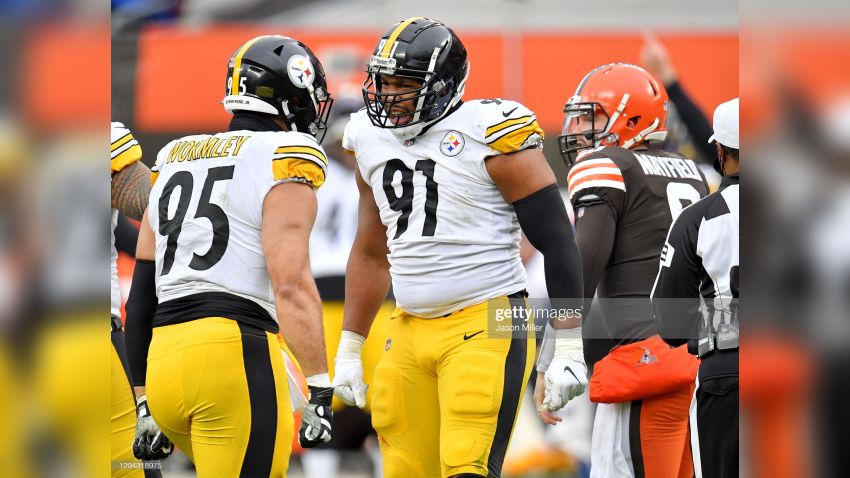 With just three weeks left in the 2021 regular season and a potential playoff game down the line, don’t expect the Pittsburgh Steelers to have star defensive end Stephon Tuitt back anytime soon, according to CBS Sports’ Jason La Canfora.

La Canfora isn’t truly breaking any news here with his report on Tuitt, considering he really needed to have his 21-day clock to return from Injured Reserve activated by roughly Dec. 15 to have a chance to return this season, but the CBS Sports insider’s Sunday morning report all but confirms what’s been the general thought with Tuitt since roughly Thanksgiving.

“The Steelers have been hopeful at various times that stalwart defensive tackle Stephon Tuitt could return at some point this season, but league sources indicated that it is highly unlikely he plays this season, even if the team reaches the postseason,” La Canfora writes.

The loss of Tuitt for the 2021 season has been quite the blow to a Steelers’ defense that was expected to carry the team once again this season, but has put up a historically bad (in franchise history) performance in stopping the run, and is missing it’s impact defensive lineman opposite Cameron Heyward.

Tuitt was coming off of a career season in 2020, recording a career-high 11 sacks in 15 games, helping the Steelers win the AFC North once again and get into the playoffs. The Steelers then restructured Tuitt’s contract ahead of training camp to open up more cap space in a year in which the Steelers — and the rest of the NFL — was in a cap crunch due to COVID-19.

The star defensive tackle was away from the team throughout the offseason while dealing with the death of his brother from a hit and run accident in Georgia. The Steelers offered their full support and resources to help him through the tragedy, but Tuitt then suffered an injury late in training camp at Heinz Field after returning to the team while trying to get back into playing shape. Tuitt was placed on Injured Reserve prior to the Week 1 matchup against the Buffalo Bills and has been nowhere close to returning this season.

“Coach Mike Tomlin has been noncommittal for the most part about Tuitt’s status, but league sources indicated that a return in the next few weeks is not expected and even seeing Tuitt able to perform in the postseason would be a stretch,” La Canfora writes. “The Steelers have tried to adapt to his absence in several ways, including moving star end Cam Heyward to tackle, but nothing has worked well, and Pittsburgh’s rushing defense has been an acute problem all season long.”

The Steelers’ run defense has been a mess all season, especially after losing nose tackle Tyson Alualu early in the the season to a broken ankle. Without Tuitt and then Alualu, the Steelers’ front seven has fallen apart against the run as linebackers Devin Bush and Joe Schobert have been swallowed up by linemen climbing to the second level, while defensive linemen Henry Mondeaux, Chris Wormley, and Isaiah Buggs have struggled against the run, though Wormley has been a great pass rusher, recording a career-high six sacks this season in place of Tuitt.

Hopefully a full offseason allows Tuitt to get back to full strength and return to the lineup in 2022, giving the Steelers’ defensive a significant boost in the trenches once again.