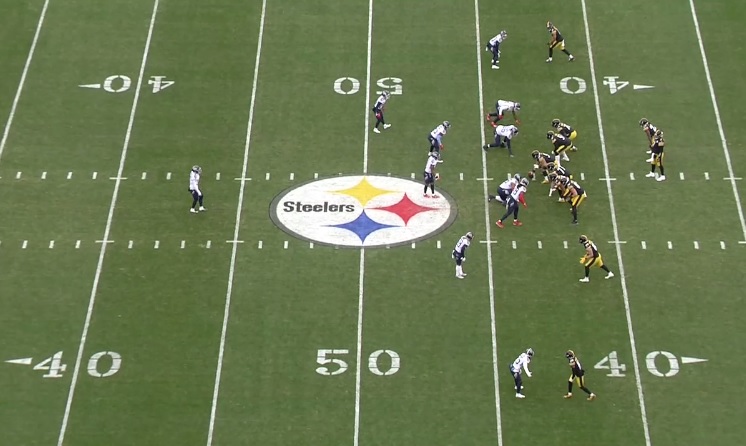 Not that you need me to tell you, but the Pittsburgh Steelers’ offense was a mess yesterday. It might’ve been the most dysfunction they’ve had all season. I know, there’s plenty of competition. But Sunday’s win over the Tennessee Titans was different. Unlike say, the Cincinnati Bengals loss, the Steelers didn’t doom themselves with turnovers. Pittsburgh didn’t give it away once to Tennessee.

Instead, they did…nothing. It was an ugly, messy, fruitless display of moving the football. There’s about a dozen examples of that. In today’s video, I’m going to actually show one of the less-messy ones from an execution standpoint, but one that illustrates how the Titans stayed one step ahead even when Pittsburgh got their act semi-together.

Two examples from the first half. Two failed down conversions on the same play call, showing how the Titans self-scouted well and made proactive adjustments.

First example. Steelers facing 3rd and 8 on their own 43. Come out in a 3×1 set and a six-man protection with TE Zach Gentry staying in to block. To the top, Chase Claypool is isolated as the “X” WR and runs a fade down the right sideline.

To the bottom, slot receiver Pat Freiermuth runs a corner route to the left sideline while Diontae Johnson as the outside, “Z” receiver, runs a slant route underneath. Here’s how it looks. 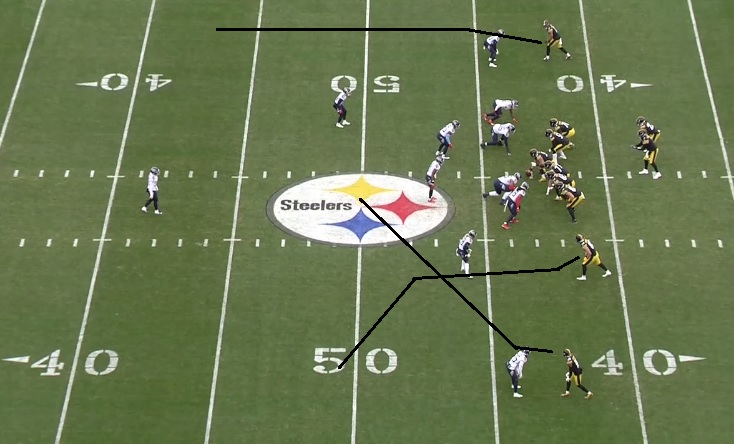 Tennessee brings pressure on this play. In coverage, it’s a two-high shell with man underneath by the cornerbacks. Roethlisberger makes a not-great decision to throw a back-shoulder jump ball to Claypool, despite the CB sinking with no other threat in the flat and the safety over the top. As you can see below, Diontae Johnson got open on the slant underneath, winning against the cornerback who had outside leverage. In hindsight, and probably even with foresight, that would’ve been the better option. 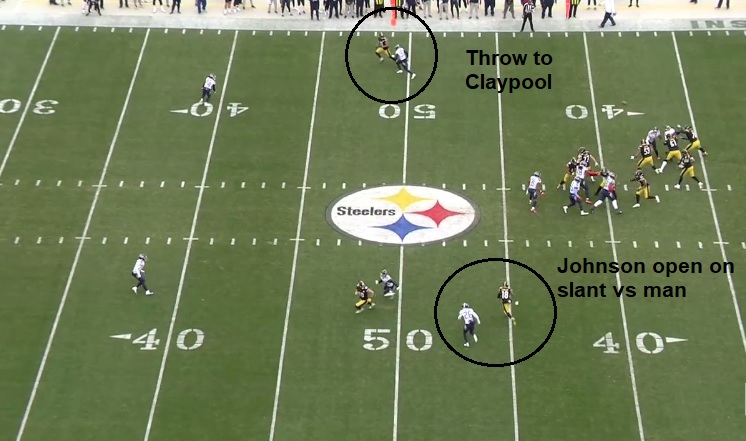 Claypool nearly makes a remarkable grab but can’t finish, and the pass is incomplete. Steelers punt.

The very next drive. Pittsburgh again facing 3rd and long, 3rd and 10 from their 35. What do they do? Call the same play. The only difference here is the personnel, 11 instead of 12. But conceptually, it’s all the same. James Washington, now the X WR to the top, runs a fade. To the bottom, the slot receiver runs a corner and the outside “Z” (still Diontae Johnson) runs the slant underneath. Six man protection. 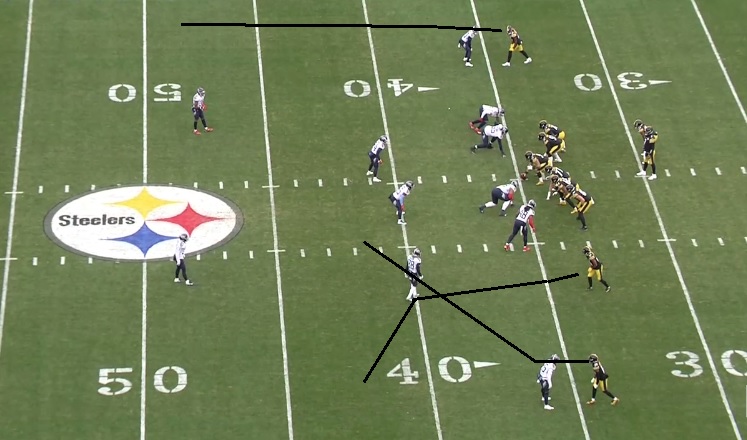 This is done because Matt Canada is anticipating the same man blitz from the Titans he got the series before. It’s the same down, similar distance, and spot on the field (Pittsburgh’s 43 in the first clip, their 35 in this one). But Tennessee is aware of this and can self-scout. So instead of calling the same man blitz, they play Cover 2. Drop out and play zone.

Here, Roethlisberger wants to hit Johnson on the slant, the man he missed before, but it’s not an effective zone beater like it is against man. There is no pick or rub, and there are underneath zone defenders to prevent Johnson from having a clear path upfield after the catch. Roethlisberger completes the pass to Johnson, but yards short of the sticks, he has nowhere to go. 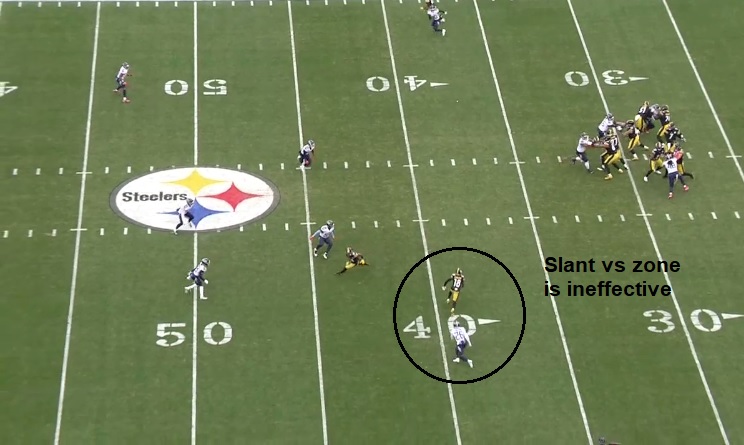 He tries to run the width of the field before being swarmed, giving up, and going down. It’s another Steelers punt.

I can understand why Canada called the same play again. When you see something that would’ve worked earlier, you want to go back to that well. Canada hoped and thought he’d get the same coverage, or at least some variation of man. If he did, the play would’ve worked and Johnson probably would’ve moved the sticks.

But you can bet the Titans saw Johnson get open, too. And so they adjusted. Pittsburgh had tons of self-inflicted wounds Sunday, but even schematically, they stayed one step behind Tennessee. Losing pre and post-snap is a recipe for an incredibly lackluster, 168-yard performance.