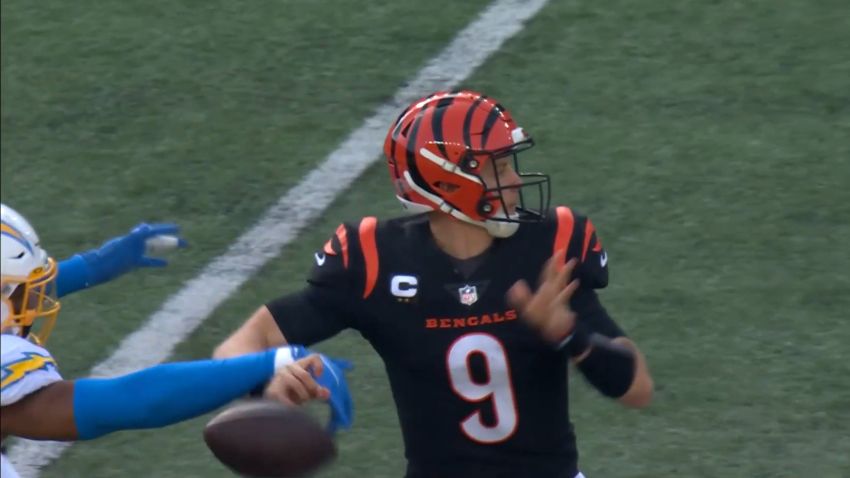 2021 was the season during which the Cincinnati Bengals were supposed to bounce back. And they have. They are 7-5, and they beat the Pittsburgh Steelers twice. But they have been one of the more inconsistent teams in the league, mixing big wins with bad losses. Get blown out by the Cleveland Browns, then blow out the Steelers, then get blown out by the Los Angeles Chargers.

The Bengals’ defense gave up 41 points to Justin Herbert’s group, just as Pittsburgh’s did, this past week, but the offense only put up 22. It didn’t help that quarterback Joe Burrow was injured on the opening drive, suffering a dislocated pinky finger. In spite of the injury, however, there are no expectations that he will miss any time.

“It’s just something I’m going to have to deal with”, the second-year quarterback told reporters yesterday when he was asked about the injury related to his availability. “I’m not going to miss any games because of it. That’s not something that’s going to happen”.

But it won’t be easy for him to be the same player. There was video of him grimacing in frustration after the initial injury when he threw a practice pass on the sideline, wincing in pain, as he realized that it would be uncomfortable to throw the ball.

And he also admitted that his ball is not exactly the same delivering it with a dislocated pinky. “I felt like I was able to compensate for what was lost”, he said. “Probably not as much ‘zip’ as I normally have, but I think I was still able to throw the ball effectively”.

That ‘zip’ on his passes has been pretty important for this offense, particularly on the deep ball, though they have not connected on as many of those passes as they had early on in the season, particularly with star rookie wide receiver Ja’Marr Chase, who caught five passes for 54 yards Sunday, with a long of 14.

Burrow ultimately completed 24 of 40 pass attempts during the game for 300 yards, throwing one touchdown and running another in himself, but he was also intercepted twice during the game, and lost a fumble, as well. He was sacked six times.

How will the Bengals run at a postseason slot be affected by Burrow’s finger injury? They are only 2-3 in their last five games after starting the season 5-2. Their final five games are against the 49ers, the Broncos, the Ravens, the Chiefs, and then wrapping up in Cleveland.