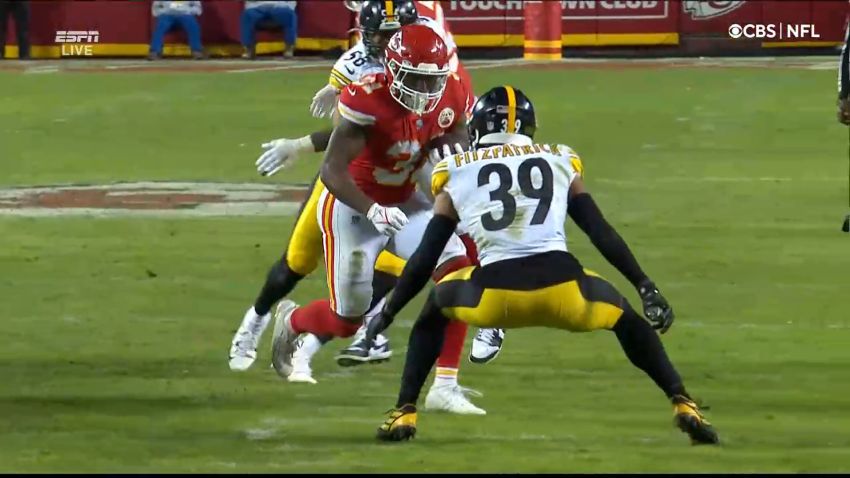 Over the team’s last five weeks, the Pittsburgh Steelers have endured a trio of big losses, intermixed with a pair of closer victories. On either side of a one-point win over the Baltimore Ravens and six-point win over the Tennessee Titans, Pittsburgh has gone down by either 29-0 or 30-0 in eventual losses to the Cincinnati Bengals, Minnesota Vikings, and on Sunday, the Kansas City Chiefs, who defeated Pittsburgh 36-10 in their Week 16 game.

The wins, which have kept Pittsburgh in playoff contention, have helped keep any of those losses from happening consecutively. But those are still uncharacteristic losses so close together in a season for a franchise such as the Steelers.

Despite them though, and with the team now facing a scenario where they need to win or face elimination from playoff contention, the Steelers are not letting any of those games affect their confidence in preparing for each game. Speaking with the media following the game, one of the defense’s leaders, Minkah Fitzpatrick, expressed that his confidence remains, even after their loss to Kansas City.

“I don’t think we lost our confidence. I know for a fact that I haven’t lost my confidence. I’m a professional football player. I’m gonna go out there and compete, whether we’re up 40 or down 40,” Fitzpatrick said. “If you’re losing your confidence after you lose a few games, whether it’s lopsided or not, then you’re not meant for this sport.”

Pittsburgh has not been down 40 yet, but it has approached that total in each of their three most recent losses. In all three, the Steelers were shut out in the first half, starting slow offensively while giving up several touchdowns in the process. The team fought back against the Vikings, having a chance to tie the game on the final play in a 36-28 loss, but did not make a comeback against Cincinnati (41-10 loss) or Kansas City.

After each of those games, the team has rebounded, particularly the defense. While the offense continued to struggle, the defense helped lead the Steelers to a 20-19 win over Baltimore, and then a 19-13 win over Tennessee, to keep postseason hope alive. In both games, the defense allowed just over 300 yards, two of their lowest totals of the season.

And even after Sunday’s loss, Pittsburgh remains in the fight for one of three Wild Card spots. However, Pittsburgh would need to win next week against the Cleveland Browns, with the loser of that Week 17 game eliminated from postseason contention. Even the AFC North is not out of the picture, though Pittsburgh would need to win its final two games and the Cincinnati Bengals would have to lose theirs for that to materialize.

Pittsburgh has a lot to improve upon to rebound for a third time from a loss like they endured against Kansas City, and Cincinnati and Minnesota before that. Staying confident would be a major step toward being able to move past Week 16, and prepare for a win or be eliminated against the rival Browns.

“I don’t think anybody on the team has lost confidence. I’m just saying we’re professional athletes. We lose football games. We win football games, and just attack the next week with a chip on your shoulder,” Fitzpatrick said.