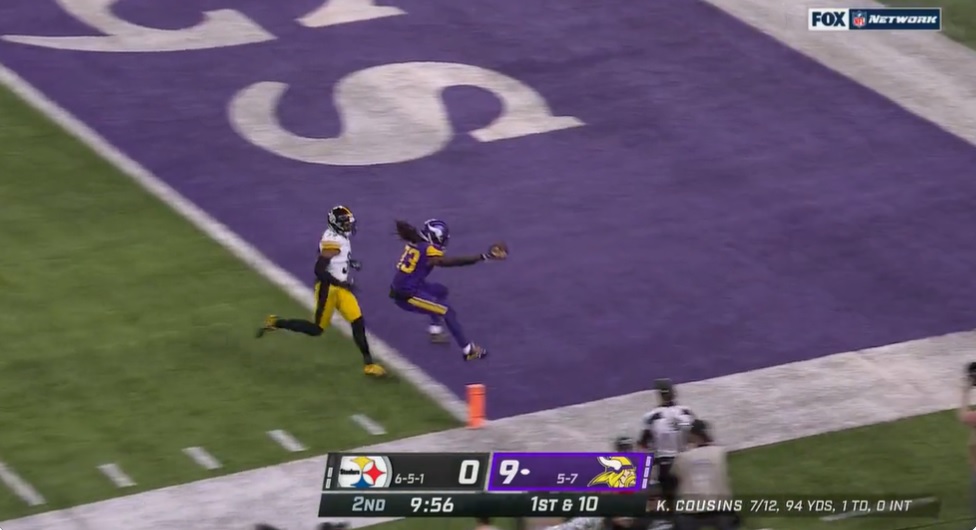 Wake up, do the same thing, go to sleep. Rinse, repeat. That is the premise of the 1993 film Groundhog Day. And right now, Cam Heyward is feeling a lot like Bill Murray.

The Pittsburgh Steelers are exiting yet another game in which their defense had similar issues. They allowed 242 yards on the ground, 205 of those to Dalvin Cook, with a large chunk of those coming in the first half. Pittsburgh cleaned up their issues in the second half but repeatedly, the defense has had pockets in which they would’ve been better off playing Bill Murray at linebacker.

A frustrated Cam Heyward repeated many of past lines in his analysis Thursday night after their 36-28 defeat.

“It’s groundhog day,” he told the media via Steelers.com after the game. “It’s unacceptable. We got a long weekend to think about it. What are we, 6-6-1? So 13 games past.  So we’ve got four more. Time will tell.”

Dalvin Cook had wide open lanes in the first half Thursday, rushing for well over 150 yards at the break. His 153 first-half yards were the most of any running back this season, surpassing Joe Mixon’s total which also came against the Steelers. Cook joked to FOX’s Erin Andrews after the game that she could’ve run through those alleys. He wasn’t wrong.

Cook ran for the most yards against the Steelers since Fred Taylor put up 234 on them in 2000. Both teams came into tonight statistically terrible at stopping the run. Minnesota was 31st, Pittsburgh was 32nd. But the Vikings came out looking a lot better than the Steelers did. Pittsburgh’s run defense is in the franchise historically-bad category.

For Heyward, the issues are easy to spot, and evidently, hard to solve.

“Gotta get off blocks. I say it every freaking week. Our technique has to be a lot better. We have to know where we fit and everybody’s gotta be accountable.

In other words, the Steelers are failing basic fundamentals. That much is obvious. With four weeks to go, it doesn’t look good for the team fixing it. Sure, they may occasionally put band-aids over the issue, as they did against Cleveland and Baltimore, but it gets ripped off far too often. And this run defense sure is scarred.