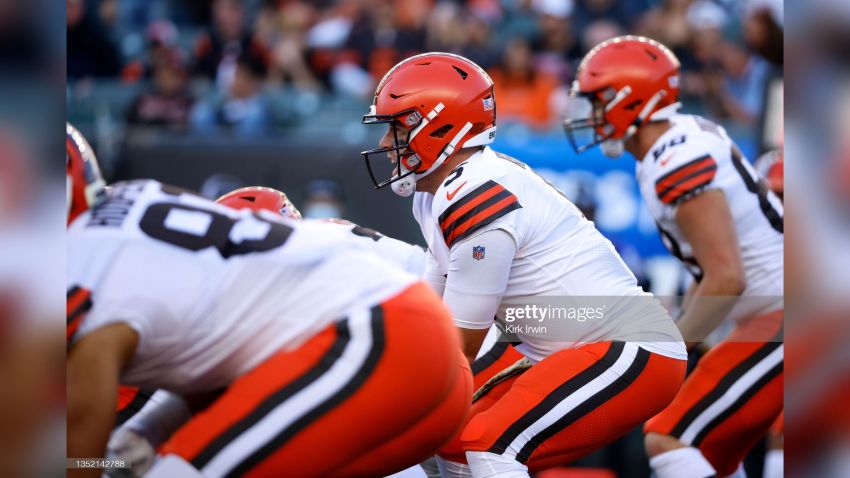 The Cleveland Browns are in the midst of one of the largest COVID-19 outbreaks over the past two years in the NFL—yet not even the biggest this week. Still, their current plight may be the most significant in terms of impact. Set to play this Saturday, they are preparing to field a team down about half of their starters—and their top two quarterbacks.

Starter Baker Mayfield tested positive on Wednesday. His backup, Case Keenum, tested positive yesterday. His result came in after business hours, so he has not yet been placed on the Reserve/COVID-19 List, but will be moved there today, provided that the retest confirms the positive.

Keenum has had to play in six games this year, including one start, due to injuries that Mayfield has dealt with all year. He is generally regarded as among the most experienced and best backup quarterbacks in the league, with 63 career starts under his belt, best known for going 11-3 with Minnesota in 2017.

He was looking forward to getting the playing time this week, and particularly excited this time to be able to play with running back Nick Chubb, their Pro Bowler, who was injured in the game that he started earlier this season against the Denver Broncos.

It’s really unfortunate because I was greatly looking forward to using the quote that he gave earlier in the week about getting to play with his starting running back on the field. When asked about it, he said, “having a full Chubb back there is going to be really good”.

Just an amazing quote. And I’m gonna let it stand there, as is.

But now the Browns are preparing to start Nick Mullins at quarterback, and he’ll have a full Chubb with him when he takes the field. But he won’t have the majority of his offensive line, nor his starting tight end, nor his top wide receiver. Jarvis Landry, Austin Hooper, Jedrick Wills, and Wyatt Teller are all on the Reserve/COVID-19 List. Kareem Hunt and Anthony Schwartz have been ruled out due to injury, while Jack Conklin is on the Reserve/Injured List.

And that’s not to mention that most of their starting secondary will also be unavailable, either due to COVID-19 or injury. And their punter is on the Reserve/COVID-19 List. And their head coach, Kevin Stefanski, tested positive as well.

It’s quite possible that even more positives will come today. It’s also possible, however, that they may get some players back in time to play tomorrow, if they can test negative today, with the adjusted return-to-play protocols for vaccinated players.

Still, while they’ll have a full Chubb out there, it won’t be used by Mayfield, nor Keenum.