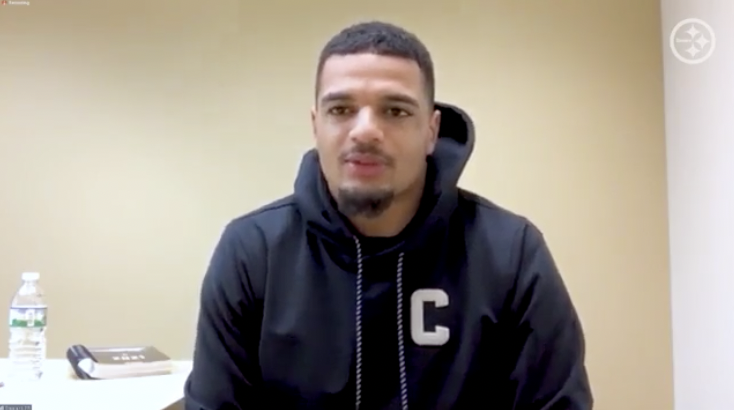 The Steelers once again find themselves in a dire situation to win games late in the season. Currently 7-6-1, they remain just on the outside of the playoff picture at the moment.

Not only is a Wild Card spot still well within reach, but so is the AFC North with the division leader Bengals being 8-6. With that, the Steelers obviously need to finish the season strong. It certainly won’t be easy with the Chiefs and two division foes remaining. Safety Minkah Fitzpatrick addressed just what the team needs to do to finish strong.

“I think one big thing is attention to detail. At this time of the year, a lot of people are beat up and hurt,” Fitzpatrick said Monday via audio provided from the team. “It’s hard to focus on one little thing because your mental is not normally what it is. I feel like last year, we fell out the details, whether there’s a practice, a film, there was not a lot of energy.

Finishing out the season strong has been a major weakness of the Steelers over the last few years. Last season, the Steelers lost four of their last five before then getting smacked in the playoffs by the Browns. In 2019, they lost two of the last three, including a loss to the Jets, leading to an 8-8 record and missing out on the playoffs.

Missing the playoffs in 2018 was largely attributed to a late season collapse as well, as they finished 2-4 in the last six games. Their record wound up being 9-6-1, just on the outside of the playoffs. In other words, Fitzpatrick and the fellow Steelers know how important it is to fix those late season lapses.

“There was not a lot of emphasis on detail [last year]. So I think that’s something that we definitely need to remind each other of right now. Just staying on the details, enjoying what we do, it’s a blessing what we get to do for sure. Also just approaching these days with energy even though it might be hard to.”

Likely a combination of the lack of emphasis on detail and injuries, it was obvious from a viewer’s perspective. The playoff loss to the Browns summarized how the season ended after the brilliant start to the first few months.

The team once again controls their own destiny with the Chiefs-Browns-Ravens to finish out this season. Sunday’s win over the Titans was just a start in its attempt to make the playoffs for the second consecutive season.