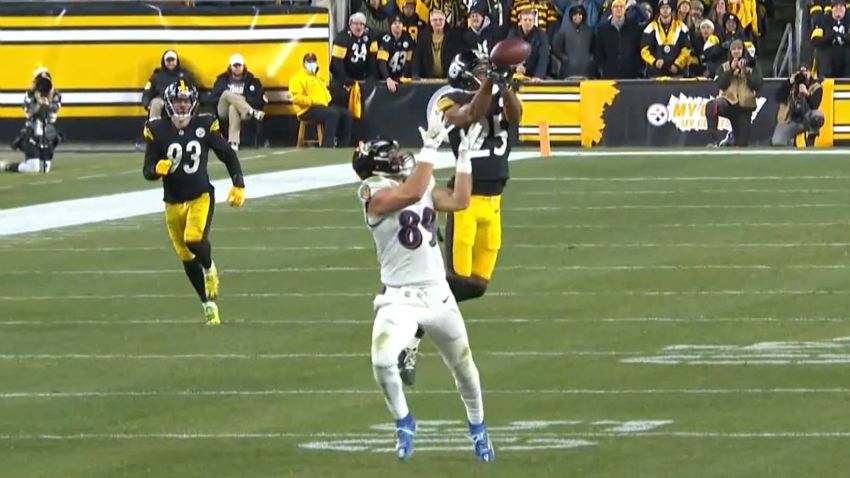 The question was asked on a near-weekly basis for most of this season: Why did the Pittsburgh Steelers bother to trade away a fifth round pick for veteran cornerback Ahkello Witherspoon if he’s not even going to dress for games?

Well, adversity provided the answer this past Sunday. Witherspoon started, though only after starting cornerback Joe Haden missed his third consecutive game due to a foot injury, and their prior top outside reserve, James Pierre, had been benched due to poor play.

An experienced veteran player, Witherspoon came to the Steelers with 33 starts in 47 games under his belt before he ever stepped on the field. Not that everything had always gone according to plan for him. But he signed with the Seattle Seahawks this season with the intention of being a starter, before he was traded, and he suddenly found himself a healthy scratch. But he understood.

“I didn’t really get caught up in what I wanted the process to look like”, he told reporters about his experience of going from Seattle to Pittsburgh just before the start of the regular season. “I knew that being traded set me up in a position to reestablish my identity and learn a new defense and find a way to make my plays in that defense. For myself, I didn’t mind having a little bit of time to put all that together, make that mesh naturally”.

“In the beginning, with a new defense, I wasn’t as comfortable, wasn’t as fast”, he admitted, “and I know that, to make plays in this league at a high level, at a consistent level, you have to have the details of the defense down first, and then the rest will follow”.

Witherspoon did dress as early as Week 2, but he helped give up a long touchdown on just four snaps played. He did not dress again until Week 11, the first game Haden missed due to his most recent injury, and he has logged over 100 snaps in the past three weeks. And he was ready for it after the long wait.

“Anxious at times, yes, and wanting to help compete and wanting to help win football games”, he said, about his feelings watching from the sidelines for the past months. But, he added, “I was able to sit back and lean on that and just progress as a player, mentally, learning my teammates, connecting with them on a friendship level, and then taking that connection out onto the field. So the timing has been incredible”.

Haden doesn’t appear likely to be ready to play for the Steelers’ Thursday night game this week, so Witherspoon figures to be in line to start another game. What happens to him after Haden gets back? I suppose that will depend in large part what happens with Pierre in the meantime.