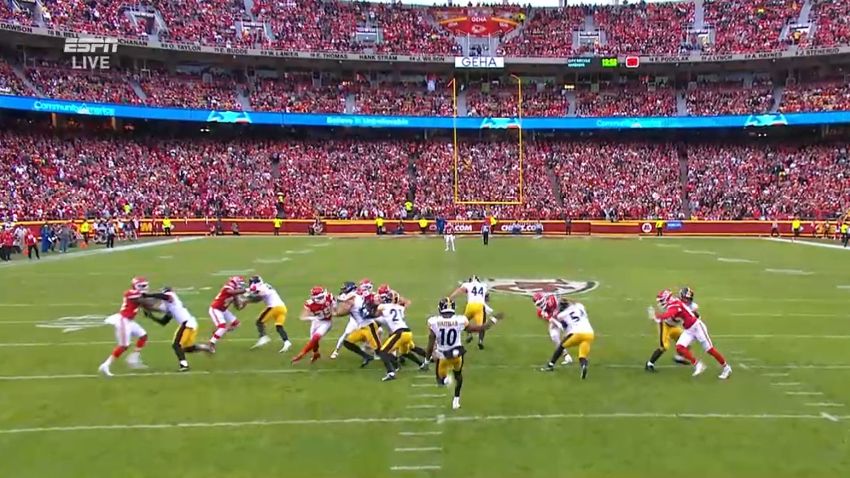 Reasoning: The first-year punter made his NFL debut yesterday evening after being signed just the day before, punting twice for a healthy 60.5-yard average and a 41.5-yard net.

You know it’s a bad game when we’re talking about the punter position first and foremost to start off the week of stock evaluations. But of course, this was no normal week. The Steelers’ starting punter, Pressley Harvin III, sadly lost his father on Christmas morning following a long battle with health problems.

While the family knew it was coming—the Steelers brought him out to their last game with the understanding it would almost surely be the last time he would ever see his son play—there is never any true preparation for the death of a loved one, nor a one-size-fits-all way to respond to it.

Pittsburgh did not have Harvin fly out with them to Kansas City; instead, they signed two punters, including Corliss Waitman, who was a college free agent rookie last year, originally signing with them and spending, if I recall correctly, the entire season on the practice squad.

Despite only getting the call the day before—on Christmas, no less, though I suppose being told that you’re going to make your NFL debut is a pretty nice present—Waitman performed well under the circumstances.

And it probably helped that he didn’t have to do too much. In spite of the fact that the Steelers only scored twice on 11 possessions, they only punted two times—three drives ended with a giveaway, another on a turnover on downs, another on a missed field goal, and yet another with time expiring in the fourth quarter to end the game.

That’s not bad, but certainly not spectacular. But he did show that he’s got a big leg. I haven’t had the opportunity to really dissect the hold on the missed field goal, but I see no immediate or obvious indications that there was anything wrong with the hold.