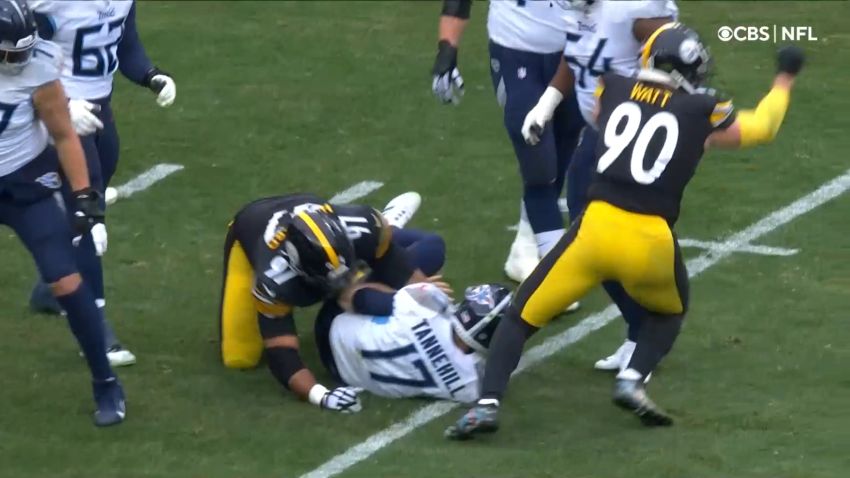 Reasoning: The All-Pro outside linebacker recorded a sack and a half in yesterday’s game, giving him 17.5 on the season, extending his lead and giving him the most sacks in a single season in franchise history, with three games to add to his total.

It was said that the expansion of the regular season by one game would put certain records under immediate threat, with the single-season sack record being one of them. It is under threat, but if it is to be broken this year, it won’t be because of somebody playing 17 games.

T.J. Watt of the Pittsburgh Steelers has the best shot of hitting the mark, and he has already missed two games this year—hopefully the only two he will miss. He also logged fewer than 50 percent of the snaps in three other games. Yet he has more sacks than anybody else in football this year—and more than anybody has ever had in a Steelers uniform.

There’s a slight caveat to that, as according to Pro Football Reference, Gene ‘Big Daddy’ Lipbscomb recorded 17.5 quarterback takedowns all the way back in 1961—more than two decades before such a thing was a sack, and the approach to such plays was no doubt at least slightly different.

But he has three more games to add at least half a sack to break that ‘record’. He’ll need 5.5 more sacks to break the NFL’s all-time single-season sack record, set by the New York Giants’ Michael Strahan in 2001 with 22.5 quarterback takedowns.

Watt didn’t just get to the quarterback in the game twice. He also came away with a crucial fumble recovery in the second half, which helped to ignite a comeback and kept the Steelers’ playoff hopes alive. It was his third fumble recovery of the season, to go along with four forced fumbles, 53 tackles (17 tackles for loss), and four passes defensed.