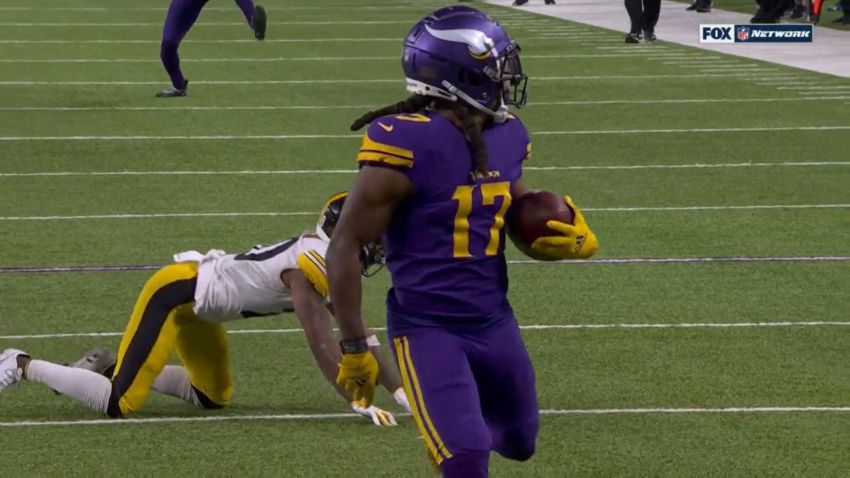 Reasoning: Sutton had perhaps one of the worst games of his career as a full-time starter a week ago against the Minnesota Vikings, particularly with his struggles in coverage.

The Steelers felt good about re-signing Cameron Sutton this offseason, believing him capable of being a full-time starting cornerback on the outside. That was in part because—at the time—they didn’t believe that they could afford to retain Steven Nelson, whom they released as a salary cap casualty.

It wouldn’t be accurate to say that their assumption has been proven wrong—Sutton has actually had a few plus games—though having him in the starting lineup this year hasn’t proven to be all that fantastic, and he has had a few rather bad outings, with last week being the worst of the season.

If you go by Pro Football Focus, for example, Sutton gave up four receptions to the Vikings on seven targets for 94 yards and two touchdowns. That includes the long 62-yard touchdown in the fourth quarter as the Steelers were just getting back into the game. One of the incomplete passes against him was a drop, but he did have one pass breakup.

He wasn’t very effective against the run, either, though the boundary defense was obviously the least of the concerns in that department. It was overall just not a very good game for him or just about anybody on the defense, perhaps short of Ahkello Witherspoon, the other cornerback, who was starting in place of Joe Haden.

That’s not to suggest anything here. Obviously Sutton is going to continue to start, and he will surely play better this next game and over the final month of the season than he did last week. He is a decent enough player. But the game in Minnesota was a bad one, plain and simple.