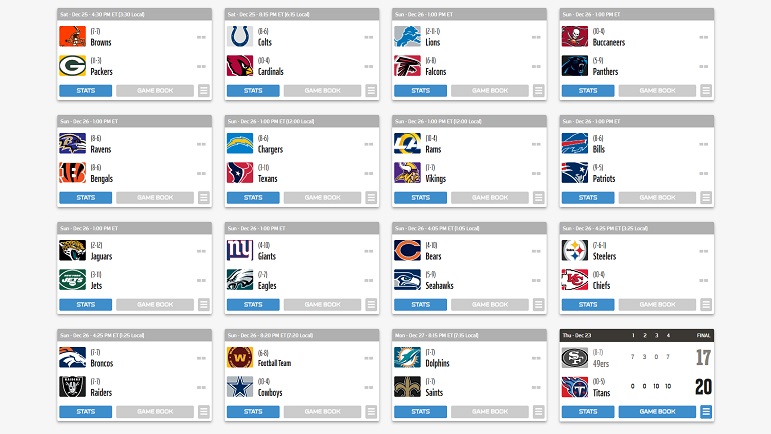 The Pittsburgh Steelers will play game their Week 16 game on Sunday on the road against the Kansas City Chiefs and that’s a contest they really need to win to help their chances of making the playoffs this season. The Steelers enter Sunday of Week 16 with a 7-6-1 record and they are outside of the playoff picture window in the AFC. There are obviously quite a few other key Week 16 games to pay close attention to through Monday night if you’re into doing some scoreboard watching.  So with that, here’s a look at a few other games that Steelers fans might want to pay close attention to the next few days.

Here is your Week 16 rooting guide if you’re a fan of the Steelers:

The Steelers still have a very decent shot to win the AFC North entering Week 16. That path, however, includes them needing to beat the Browns and Baltimore Ravens in Weeks 17 and 18 and not having the Cincinnati Bengals win more than one game. The same for Baltimore. If, however, the Steelers wind up fighting for a Wild Card spot, they would want the Browns out of that fight. In short, it would be beneficial for the Steelers if the Browns lose to the Packers on Saturday as not only would that help them in the AFC North race, but the Wild Card race as well.

The Steelers might be fighting the Colts for a Wild Card spot when the smoke clears and because of that, it would be wise to root against Indianapolis as often as possible in these final three weeks. The Colts play an NFC team in the Cardinals on Christmas night and thus that makes the decision as to which team to root for an easy one. Root for the Cardinals to beat the Colts Saturday night. A loss would drop the Colts to 8-7.

The easiest paths for the Steelers to win the AFC North includes the Bengals not winning out in their final three games. In fact, the Bengals might need to win just one game, at most, in their final three contests for the Steelers to win the AFC North division. In short, Steelers’ fans want to root for the Ravens to beat the Bengals on Sunday. Baltimore, by the way, will need all the support they can get as they will be starting third-string quarterback Josh Johnson in that contest against the Bengals.

Do you believe in miracles? Well, the Texans might need one on Sunday against the Chargers. Unless they can catch the Chiefs in the AFC West division, the Chargers will be one of several teams fighting for a Wild Card spot these last few weeks of the regular season. Because of the Chargers potentially figuring into the AFC Wild Card race, Steelers’ fans should root for them to lose to the Texans on Sunday and then lose at least one more game in the final two weeks.

Like the Chargers, the Bills could potentially wind up being one of a few teams fighting the Steelers for a Wild Card spot in the final week. With the Bills currently trailing the Patriots in the AFC East division, and with them already losing to New England a few weeks ago, it makes sense to root for Buffalo to lose again on Sunday. A loss would drop them to 8-7 on the season with two games left against the Atlanta Falcons and New York Jets.

Both of these AFC West teams have 7-7 records entering Week 16 so which one should Steelers’ fan root for? Well, the Raiders last two games are against the Colts and the Chargers and Steelers’ fans might need them to win both of those games. So, rooting for the Raiders to lose on Sunday should be the plan because them winning out could cause a problem for the Steelers. The Broncos last two games are against the Chiefs and Chargers and hopefully they lose to Kansas City to close out the season if they beat the Raiders on Sunday. Either of these two teams winning out could be an issue for the Steelers.