Today I wanted to look at how passing games have done throughout the NFL in 2021, with different views including success rates, downs, game halfs, and weekly view as well. Let’s jump right in. 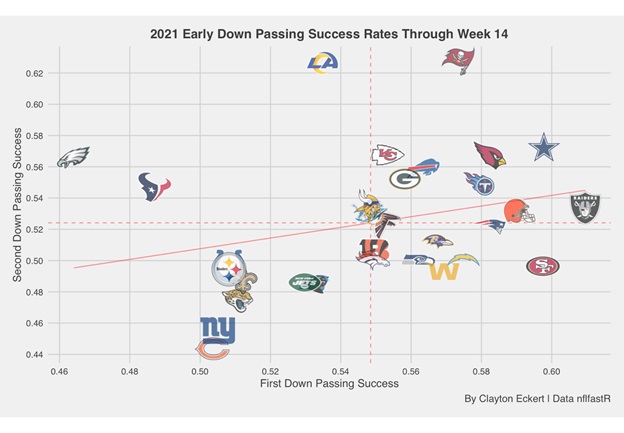 Right away we unfortunately see Pittsburgh on the bottom left of the graph. When passing on first down, the Steelers rank 28th in the league in success rate at 50.8%. On second down they rank slightly better at 25th with a 49.4% success rate. Of course first down is the most ran down, which heavily weighs into the total success rate we will look at in a moment. Staying in good goal to go situations on early downs has been a struggle for Pittsburgh, and unable to sustain drives at a high enough rate to win more games. 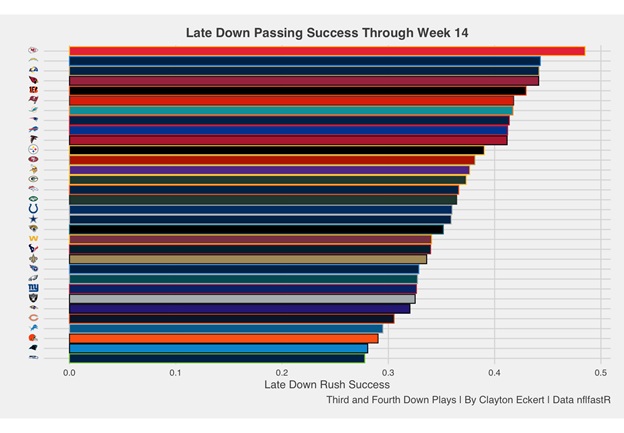 Pittsburgh fares well on late downs, ranking 11th in the league! For the season the Steelers third down rate has been impressive, but on fourth down is where the team has struggled the most, ranking toward the bottom of the league. Since there are far fewer plays on that down, I felt it was important to point out for context.

Now for total success rates on all downs: 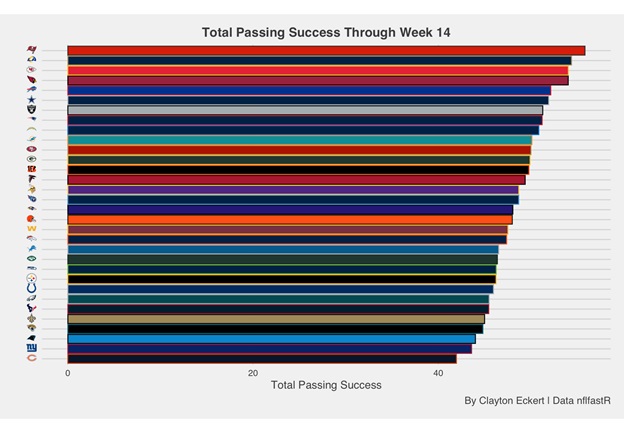 Pittsburgh ranks 24th in the league in total success rate, giving us the full context of what we’ve seen throughout the season. An offense that has lacked the ability to consistently drive the ball down the field, with very hot or cold moments, and having to play catchup in too many games. Here’s a visual to highlight this issue: 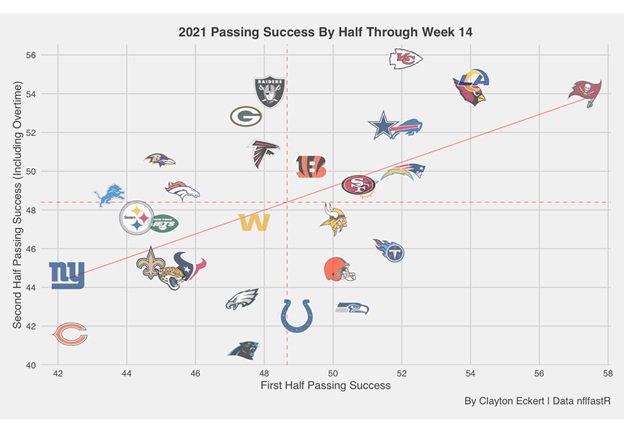 Slow starts to games is an issue the Steelers Depot crew and I have been harping on for much of the season, and Pittsburgh ranks a very low 29th in the league for success in the first half. While not elite, the Steelers rank 18th in the second half and overtime and near the mean of the NFL, highlighting quarterback Ben Roethlisberger’s ability to turn it on with the game on the line. If there is any hope for a playoff push, these sluggish starts have to improve.

Lastly, I’d like to provide a weekly view of the success rates for even more context: 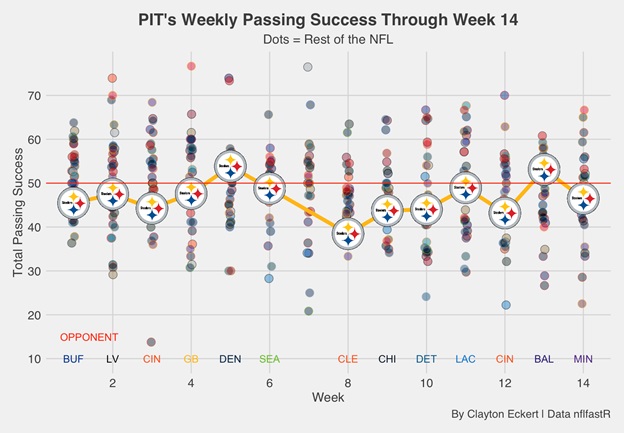 The Steelers have only had two games above a 50% success rate, week five against the Broncos (53.8) with an especially good late down success rate (63.6) and week 13 against Baltimore (53.1) with an impressive first down rate of 66.7%!

My optimistic side hopes we can see more passing success with one of their better marks in week 13, but the sample size and data shows far too much to ignore the facts with the tough schedule remaining. One thing’s for sure, I’ll be watching with my fingers crossed as I’m sure all of you will too.