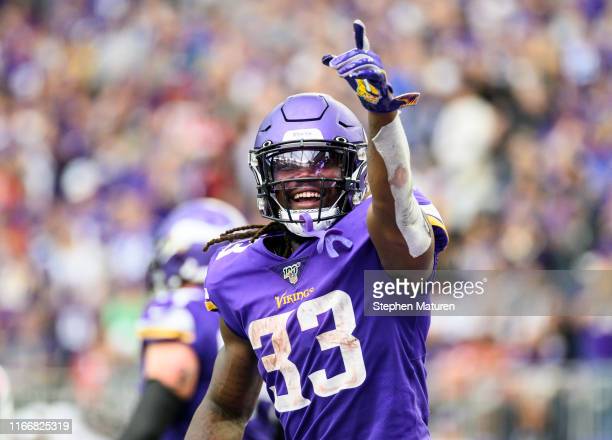 The Pittsburgh Steelers’ struggling run defense got a bit of good news for two weeks from now. According to ESPN’s Adam Schefter, Minnesota Vikings’ star running back Dalvin Cook is expected to miss the next two week’s, including when the Steelers come to town Week 14, due to a torn labrum suffered in yesterday’s loss to the San Francisco 49ers.

Vikings’ RB Dalvin Cook (shoulder) is expected to miss at least the next two games – Sunday at Detroit and the following Thursday against Pittsburgh – with the hope being that he can return the next week for the Monday night Dec. 20 game at Chicago, per source.

Cook is among the league’s best running backs. In nine games this season, he’s rushed for 773 yards and four touchdowns, averaging 4.5 yards per carry, with another 27 receptions out of the backfield. Backup Alexander Mattison is expected to take over as the team’s starter until Cook returns. On the season, the Vikings rank average in most rushing categories, though their six rushing touchdowns are among the league’s lowest.

It’s a small boost a the Steelers’ run defense ranked 31st in the league. The only team worse than them, funny enough, are the Vikings.

Pittsburgh will take on the Baltimore Ravens this Sunday before a quick turnaround to Week 14, a Thursday night affair against Minnesota.

Cook has played in one game against the Steelers, rushing for 64 yards on 12 carries in a 26-9 2017 loss. It doesn’t appear he’ll play a second game against them this year.