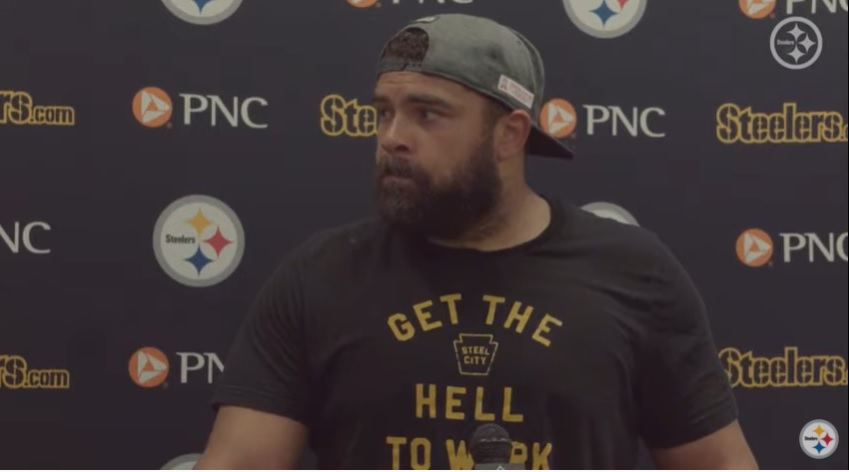 Granted, Heyward isn’t “old” at just 32 years of age, but he’s getting up there in age and experience in the NFL and somehow — inexplicably — continues to get better and better. For a guy who was a first-round draft pick in 2011 and has played more than 14,000 snaps, one would think the All-Pro defensive lineman would start to regress at some point?

He’s aging like fine wine and putting up one of his best seasons ever, which is just incredible to see.

Steelers’ head coach Mike Tomlin agrees, stating that Heyward’s ability to get better with age is a testament to the work he puts in day in, day out, even in the offseason, and serves as a true blueprint for success for young players that the Steelers bring into the facility year after year.

“You know, he just lives it all day every day, and not only over the course of the six or seven months that is the season, but anybody that’s familiar with us, they know that that guy’s walking the halls of this building 12 months a year,” Tomlin said to Pompeani, according to video via the Steelers’ YouTube page. “He conditioned himself first and foremost. He’s all in on everything. And I just think that you create your fortune. This is a guy that’s gained snap experience over the years, has developed his skill, is highly conditioned, and is ridiculously consistent because of those things…So he’s a great blueprint for young players, not only in terms of what you do day to day in the building in preparation for games, but what you do over the course of a 12-month calendar.”

Truer words haven’t been spoken by Tomlin on Heyward throughout his career.

You won’t find a better example of leadership or lead-by-example effort from Heyward. He consistently sets the tone on the field and in the room for the defense and the young guys overall, and truly shows how to work one’s tail off to become great.

Cam Heyward is 2nd in the NFL this year with four tackles 10+ yards downfield. Most of anyone 270+ pounds. Effort + angle to run across the field, chase down this David Montgomery screen on 3rd and long.

If Heyward doesn't, this is a TD. Holds Chicago to a FG. Elite. #Steelers pic.twitter.com/kSIOH2UEJr

It’s incredible to see him continue to defy Father Time in the NFL, getting better and better with age. How long he can keep this up is anybody’s guess, but he’s serving as a true blueprint for success for the young players, just like Tomlin said, helping guys like Carlos Davis, Isaiahh Loudermilk and Isaiah Buggs come on in recent years, providing depth to the Steelers’ defensive line.