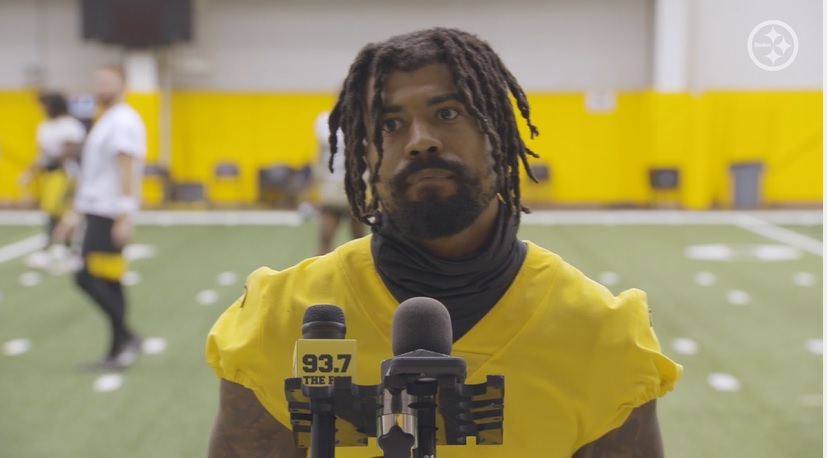 As we’ll do every week to get you ready for the upcoming game, our X-Factor of the week. Sometimes it’s a player, unit, concept, or scheme. Here’s our X-Factor for Sunday night’s game between the Pittsburgh Steelers and Los Angeles Chargers.

This weekend’s X-Factor could’ve gone in several different directions. Falling on Najee Harris’ shoulders against the Chargers’ league-worst run defense. Or Taco Charlton and Derrek Tuszka to try and jump-start a pass rush that could be in trouble. Or the safety play of Tre Norwood, Karl Joseph, and whoever else the team attempts to put back there as Minkah Fitzpatrick’s replacement.

But I am landing on the Steelers’ cornerbacks. Primarily, Cam Sutton and James Pierre as the starters. They have a tall task this weekend. Literally. Covering the likes of Keenan Allen and Mike Williams, two receivers who are very good at what they do. Allen as the sure-handed route runner, Williams as the downfield threat and slant/YAC master.

Sutton and Pierre are going to have to step up. Relying on guys like Norwood and the rest to pick up the slack for Fitzpatrick isn’t the right way to think about it. The more established starters need to shoulder the load and pick up the slack.

There’s no question this secondary will be tested. Pierre especially. He normally plays in more obvious-pass situations, the dime corner for a good chunk of the season, but he’s been targeted 24 times this year according to our charting. That’s as many as Sutton and only three fewer than Joe Haden, the team’s starting corners all season. Meaning, teams have gone after Pierre when he’s on the field. Count on Justin Herbert testing him.

Sutton is the more proven, experienced player but doesn’t have the size and strength Pierre possesses. He’ll be tested in jump-ball situations downfield, especially against Williams.

And whoever plays in the slot, still an option question, will have to deal with Allen in the slot, especially on third down. A guy like Arthur Maulet, who could find himself in those shoes, may be in for a difficult day. But the bottom line is again, the established players must step up. Karl Joseph or Miles Killebrew can’t be counted on to elevate their play as much as guys like Sutton and Pierre do their job and make life easier on the guys replacing Fitzpatrick. That’s what it boils down to.