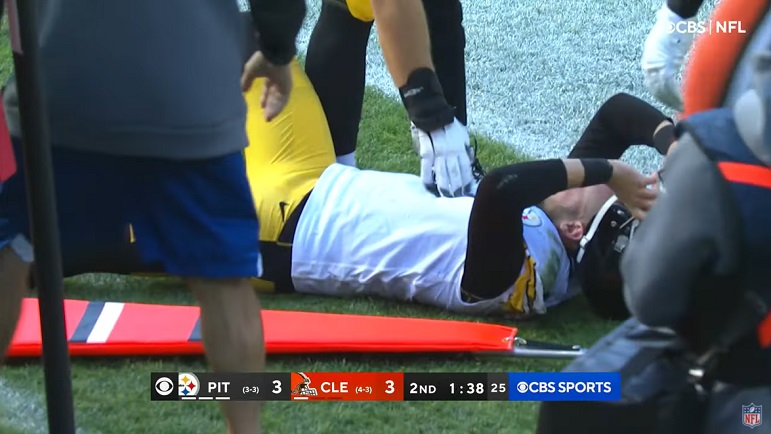 The Pittsburgh Steelers didn’t have kicker Chris Boswell for the second half of their Sunday road game against the Cleveland Browns as he had been knocked out of the contest late in the first half after getting hit along the sideline after attempting a fake field goal pass. While Boswell was in the concussion protocol Sunday night, he did manage to update his status on his Instagram page later in the evening. That update included him having a little fun with how his injury occurred.

Chris Boswell after the game on IG #Steelers pic.twitter.com/ytpr9TU2Lg

On social media after the game, Boswell posted, “Thanks for all the well wishes and prayers! I am doing okay!”

The Steelers kicker then proceeded to get into the Halloween spirit as well; “Dressed up as a QB for Halloween and got spooked 😂😂”

Boswell looked like he may have suffered more than a concussion after being hit in the head and neck area by Browns defensive tackle Jordan Elliott. In fact, he seemed to be limping once he was finally able to get up off the ground. For now, Boswell will be subject to the league’s concussion protocol, and we’ll see how things move forward with him from there.

The Steelers next game will be next Monday night so Boswell will have an extra day to recover from whatever injuries he incurred on Sunday. His status for that home game against the Chicago Bears won’t be determined until much later in the week. We’ll see if the Steelers add another kicker to their practice squad early this week just as a precaution.