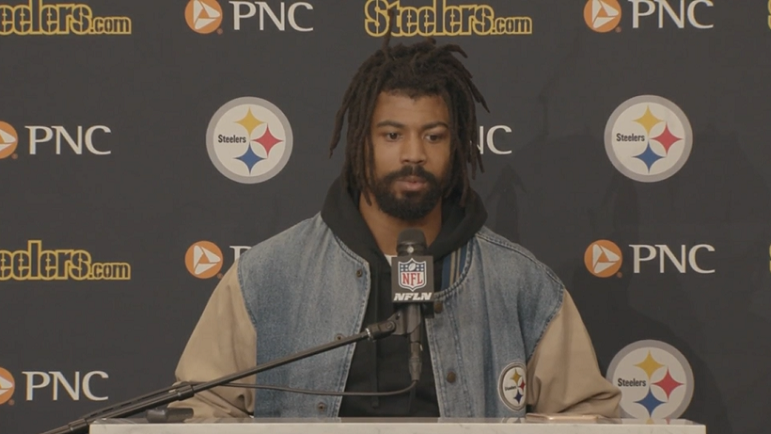 In any week, the Pittsburgh Steelers entering a game without half their starting secondary would be a massive disadvantage. But playing without top cornerback Joe Haden and All-Pro safety Minkah Fitzpatrick Sunday night in Week 11, the Steelers happened to be without those two in a game against one of the more talented passing teams on the remainder of their schedule: The Los Angeles Chargers.

Short-handed in the defensive backfield, Pittsburgh saw the Chargers take advantage right away, with a 6/7 passing performance from L.A. quarterback Justin Herbert on the team’s first drive, ending in a touchdown. It continued the remainder of the game, with Herbert going 30/41 with 382 yards and three touchdowns in leading the Chargers to a 41-37 win.

The healthy members of the Pittsburgh secondary knew the challenge ahead of them before Sunday night’s game. Though they were not able to successfully overcome that challenge, starting cornerback Cameron Sutton stopped short of saying that L.A. specifically exploited the team’s injured secondary during a postgame press conference shared by the team, instead saying that was going to be the challenge they faced at full strength or down a couple starters.

“I mean, that’s their identity as it is, not to say they were just exploring our secondary. We know what type of offense the Chargers are, as far as moving the ball around,” Sutton said. “Obviously they’ve got explosive guys on the perimeter as well as in the backfield. Obviously, our job is to not only limit that, but be in the right positions and make plays on the ball and do our job as a defense. We just got to keep standing up in those moments and not blinking coming down the stretch.”

Though able to come through with a couple plays to help aid the team’s comeback in the fourth quarter to momentarily take the late lead, Pittsburgh was not able to erase L.A.’s three main explosive threats: Wide receivers Keenan Allen and Mike Williams, and running back Austin Ekeler.

Allen finished with 112 yards on nine catches to lead the Chargers, while Ekeler had 115 scrimmage yards and a four-touchdown performance. None of those touchdowns ended up being as big as Williams’ 53-yarder with 2:09 left in the game, which beat a blown coverage to give L.A. the winning touchdown, and Williams a 97-yard game on five catches.

The 374 passing yards allowed Sunday night are the most given up by Pittsburgh in a game this season, and overshadow the positive moments from Pittsburgh’s comeback late, among which was an interception by Sutton on a pass deflected at the line by Cameron Heyward. Playing down the secondary’s two best players, Pittsburgh did its best to put a group together for the game, but just couldn’t withstand everything L.A. could throw at them over four quarters, and with just a couple minutes to play, specifically.

“The communication has gotta be right across the board, the energy, the way we play, the way we fly around, all those things gotta be top-notch for us to continue to keep moving in the right direction we want to as a unit and as a team,” Sutton said.