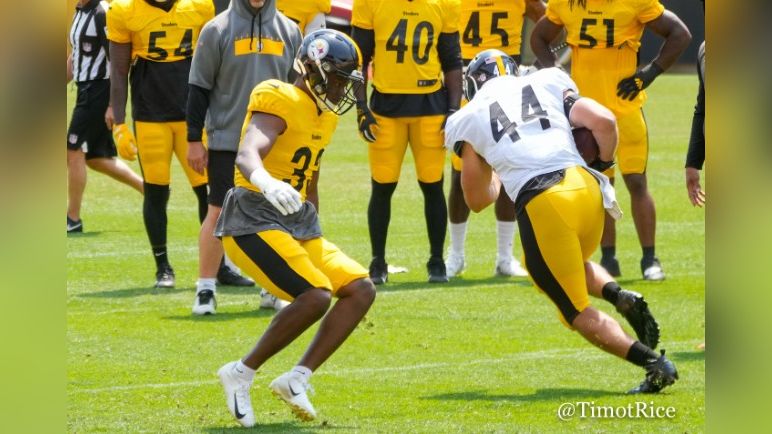 Steeler fans haven’t heard the name Derek Watt much this season. The fullback is still on his three-year, $9.75 million deal signed back in 2020.

His role on this team has hardly been as a fullback. For starters, Watt is one of three team captains. With Jordan Dangerfield no longer on the team, the Steelers needed a new special teams captain.

Watt’s not only been a great leader, but he’s been very productive on special teams. Mike Tomlin loves his core special team guys, and Watt has become one of them. He’s gotten just 43 offensive snaps this season, 8% of the Steelers plays. Watt keeps a positive attitude and he spoke Thursday on being a captain.

“It means a lot. To have been voted captain by my peers and my teammates, it’s special,” Watt said via the team’s website. “I try to lead by example and encourage guys.”

Watt’s lack of offensive playing time would be hard for anyone. He seems to have taken his new role and ran with it, though. Having your brother T.J. Watt on the team doesn’t hurt either.

Fullbacks continue to be a dying breed in the NFL. The Vikings’ C.J. Ham sits as the most-used fullback in football through Week 9. Ham has played 33% of the Vikings snaps.

Fans have been calling for more playing time for Watt. With the offensive line’s struggles, getting another run blocker in there isn’t a horrible idea. Watt certainly has had to adjust his mindset as a special teamer.

“I give it everything I have in that phase [special teams] because that’s where I get the bulk of my reps. You can’t be afraid of anything out there. You’ve got to be a mad man and be willing to throw your body around.”

Watt’s contract remains hefty for a seldom-used fullback. With that being said, he remains a key member of the Steelers. Watt’s leadership and special teams contributions continue to go unnoticed by many.