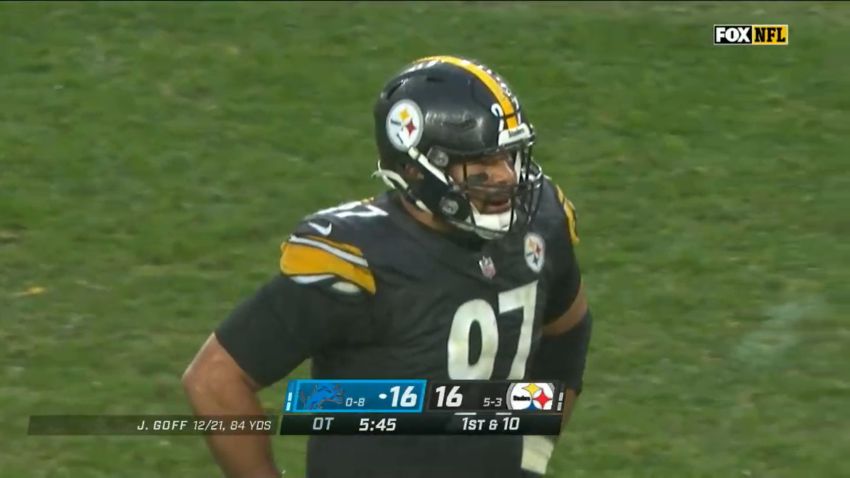 In the midst of another All-Pro season, Pittsburgh Steelers star defensive tackle Cameron Heyward spent some time reflecting with the media Thursday at the South Side facility, looking back on a trying start to his career under former Steelers’ defensive line coach John Mitchell, crediting the hard, trying times as a reason why he is as dominant as he is.

Coming from Ohio State where he was a star defensively for the Buckeyes, Heyward had to adjust to sitting on the bench in Pittsburgh, which was a tough transition for the young defensive end. The adjustment to a reserve, along with some tough coaching from then-defensive line coach John Mitchell was challenging for the young player.

“I remember being overlooked, and Mitch [John Mitchell] yelling at me all the time,” Heyward said to reporters Thursday, according to video via Steelers.com. “I was in for extra meetings and not thinking like I was ever going to play here, man.  I remember that living on the South Side and being depressed every day after practice because I’m not playing, but man, I think everything just becomes worth it. I think it becomes earned.

“The thing I appreciate most about coach Mitch, he challenged me to come back better every time and it made me work twice as hard and gave me the opportunity when I was ready to play to actually seize that moment. So, full circle or whatever you want to call it, I’m just appreciative to be in Year 11 in the NFL.”

Asked if he hopes things could have been different early in his career, Heyward deflected, stating that he’s happy with how things played out while learning under Mitchell and behind a veteran like Brett Keisel.

“I can’t live in an alternate universe, man. I was dealt the hand, I got; I hated it and why it happened,” Heyward said. “I remember in that corner Mitch working me like a dog and being like, man, I just want an opportunity at this. And I finally got an opportunity. What was it? Year three, 2015 versus the Jets and man, I made sure I was going to…take advantage of that.

“I know I played before. Shoot, I remember the rookie game. I mean my rookie year, we went into Denver and we lost like two D-linemen where we’re stuck. And so I got opportunities to play. But to play consistently and start and not only just be a plug-in guy, but to be a guy that can contribute…that was always my goal.”

Safe to say Heyward has certainly become a contributor — and a big one at that. Credit to John Mitchell for seeing the potential in Heyward and pushing him to reach the level he’s reached in the NFL, becoming a consistently great player overall.