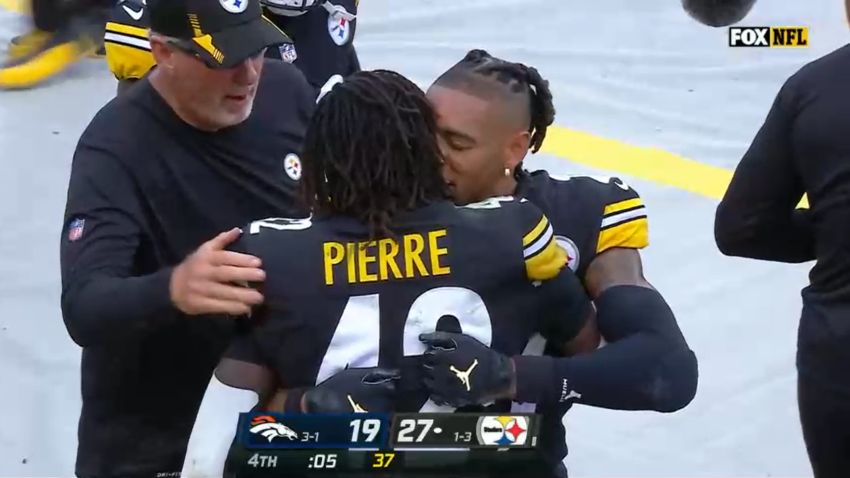 It’s always a little frustrating to see the talk about next season start so quickly, yet at the halfway point of the 2021 season and with the Pittsburgh Steelers sitting at 5-3, that’s exactly what Pro Football Focus has done, identifying two major offseason needs for all 32 teams, including the Steelers.

For all intents and purposes, it’s widely assumed that the 2021 season will be the end of an era for the Steelers, as quarterback Ben Roethlisberger is likely going to ride off into the sunset of retirement, opening up a need at quarterback for the black and gold. Other changes on the roster are likely coming as well, as some tough decisions will have to be made with key guys.

According to PFF though, the two biggest offseason needs for the Steelers will be quarterback and cornerback, as veteran Joe Haden will be a free agent at season’s end and the Steelers already punting on a possible extension with the 32-year-old cornerback. That would leave veteran Cameron Sutton, young corner James Pierre, and not much else at cornerback ahead of the 2021 season.

“The Steelers made a trade with the Seahawks late in the offseason for cornerback Ahkello Witherspoon, but he has played just four snaps on the season,” PFF’s Brad Spielberger writes. “Longtime stalwart Joe Haden is set to hit free agency, and a very young unit will be given a ton of responsibility in Mike Tomlin’s versatile defensive scheme. The Steelers’ 42.9 coverage grade ranks 29th on the season.”

The coverage hasn’t been very good overall on the season for the Steelers’ cornerbacks as Pittsburgh sits 20th in Football Outsiders’ Pass Defense DVOA. Pierre has been a fine player overall for the Steelers and his development arrow is pointing in the right direction. Is he ready for a full-time top cornerback role opposite Sutton though as soon as next season? That remains to be seen.

Without Haden at defensive back, the Steelers are not only likely losing a key player on the field, but also a key veteran in the locker room and a calming voice at the position. His play has slipped in recent years, but his importance never wavered. Addressing cornerback depth and talent should be a priority for the Steelers in free agency and through the draft.

As for quarterback, that’s a given, especially if Roethlisberger hangs up the cleats after a magical 18-year run in Pittsburgh.

The possibilities are endless at quarterback for the Steelers following the Big Ben era, but for now, PFF believes all the veteran quarterback is doing is hurting the Steelers — and his legacy.

“As for the quarterback, Ben Roethlisberger has had a remarkable career, but at this point all he is doing is causing fans to forget about those glory days,” Spielberger writes. “Out of 34 quarterbacks with at least 100 dropbacks, Roethlisberger’s 56.5 passing grade ranks 32nd. Roethlisberger has thrown short of the first-down marker on 60.5% of passes — the highest rate in the NFL. His average time to throw of 2.3 seconds is the quickest in the NFL because he is too immobile to evade pressure. He is quite simply not physically capable of being an elite NFL quarterback at this stage in his career.”

I don’t think Spielberger writes anything there that should surprise anyone that follows the Steelers. This is who Roethlisberger has been since 2020, yet the Steelers keep winning.