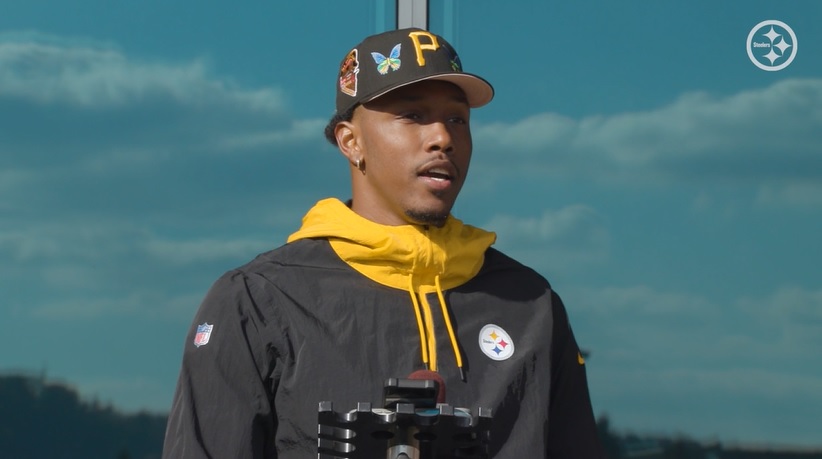 Talking with reporters Friday, Charlton talked about what it was like to rush alongside Watt.

“It’s been fun,” he said via Steelers.com. “We like still helping each other out, whether it’s something we see on film or something we see on the field that one or the other could do. We still help each other out and pick each other’s brain on a lot of good things. He’s a great player so it’s always nice to line up next to another talented player. And he does a great job of what he does and makes a lot of tremendous plays. It’s great to see and it’s fun to play with him.”

Of course, Charlton and Watt’s NFL careers have taken wildly different paths. Despite having similar draft status, Charlton the 28th selection, Watt the 30th, Charlton has had a bumpy path to professional football. He quickly fell out of favor in Dallas, lasting just two seasons before being waived by the team. Miami claimed him and he put up decent numbers in 2019, a career-high five sacks. But by 2020, he was on his third team, spending it with Kansas City, recording a pair of sacks in seven games. Pittsburgh signed him to their practice squad in September and he was signed to the 53 this week following Melvin Ingram’s trade.

Watt has been with just one team and flourished into one of the game’s best players. He’s on pace to destroy the Steelers’ single-season sack record and for the third year running, should be one of the frontrunners for Defensive Player of the Year. Hopefully 2021 is the year he finally gets to take home the trophy.

But as the Steelers like to say, they don’t care how you got here. Drafted by them or not, Watt and Charlton are now fighting for the same team, though Charlton admitted stylistically, they are different players at the same position.

“We’re kind of different. We play the same position but we’re different at the same time. I’m a lot bigger. Our bodies move a lot different. So not really much comparison. We’re kind of two different players even in the same atmosphere. I went to a 4-3 defense, he came to a 3-4. A lot of things was different in our story.”

Though their stories are different, he and Watt are hoping to write the same chapters over the rest of the season.