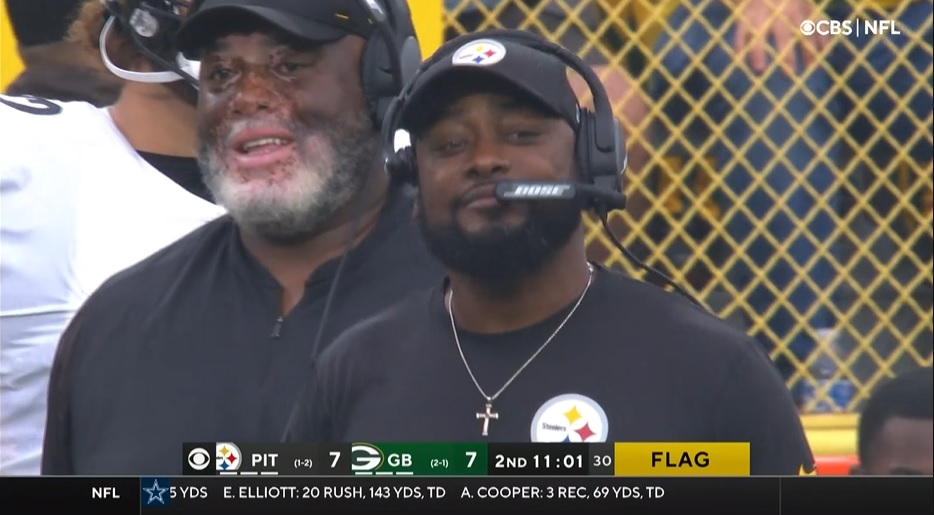 To hear it from Jay Glazer, the Pittsburgh Steelers’ Week 1 starter in 2022 won’t be Ben Roethlisberger, Mason Rudolph, or anyone currently playing college football. Which leaves just one door to open. A veteran free agent. Glazer joined The Pat McAfee Show and doubled down on comments he made earlier this year about Mike Tomlin and the Steelers’ approach to the post-Ben era.

“I don’t think that,” Glazer told the show when asked if Rudolph would be the starter next season. “They don’t want to start over from scratch with a rookie…it’s going to be interesting. This isn’t a great draft of quarterbacks, right? So it’s going to be more of these other, the Deshaun Watson’s. Russell [Wilson] will be out there. Aaron [Rodgers]. Those type of guys, there’s going to be a huge market.”

Glazer is swinging big with the names he put out there. But more likely to the overall point, he means the Steelers would look for a veteran QB in a market that should offer plenty of choices. From the big names like the ones he mentioned, though those three would have to be traded for, not signed, to more realistic options like Marcus Mariota, Teddy Bridgewater, Tyrod Taylor, and Jacoby Brissett.

HIs commentary falls in line with what he said in a pre-game FOX hit five weeks ago.

“When Ben Roethlisberger, it’s time for him to move on, and Mike Tomlin’s told me this, too, that he doesn’t want to start over with a rookie. They want to go, the Steelers are going to want to go with somebody who’s a veteran.”

Glazer compared the situation to Drew Brees and the Saints last year, noting that if Roethlisberger does want to return, the team will welcome it. However, Glazer said he believes Roethlisberger will retire after the season ends.

“It’s kind of up to Ben. Kind of like how it was up to Drew Brees with the Saints too. Like, ‘we’re not going to push him out as long as he wants to go, he’s going to just keep going.’ I think they were a little surprised that he came back. But if Ben wants to go, Ben’s is going to go. But I don’t see him going back after this year.”

Assuming this is Roethlisberger’s final season, the Steelers will be entering a new chapter they haven’t had to write for 17 years. With likely some level of cap space to work with, a “bridge” option via a veteran seems to be the team’s most plausible path. That may not rule out them drafting a rookie, but it’s highly unlikely they’ll start one to open the season, especially given the weaker draft class and the likelihood of Pittsburgh picking 20-something overall in the first round, as opposed to having a top five pick and their choice of top passers.

"The Pittsburgh Steelers don't wanna start from scratch with a rookie QB next season.. there's gonna be a HUGE market for veteran QBs that are available" ~@JayGlazer#PatMcAfeeShowLIVE #JayKnew pic.twitter.com/na01vxdnYx