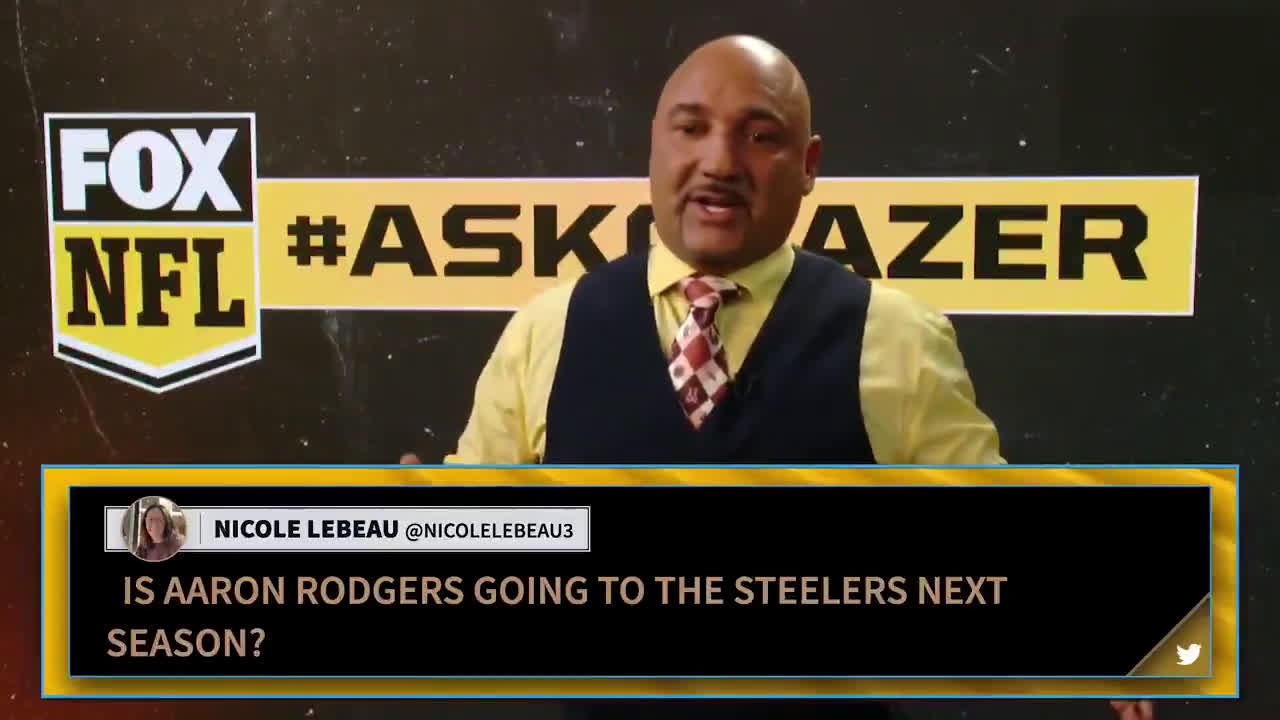 Will 2021 really be the final season with the Pittsburgh Steelers for quarterback Ben Roethlisberger? Will the Steelers have any interest in drafting a quarterback to start in 2022 if Roethlisberger’s not back? Will the Steelers have interest in trading for Green Bay Packers quarterback Aaron Rodgers next offseason? Those are three big questions and NFL insider Jay Glazer essentially attempted to answer all three of them during one of his recent #AskGlazer segments for Fox NFL.

To be clear, Glazier was asked specifically if Rogers going to the Steelers next season is a possibility.

How long will #RussellWilson really be out? Will #AaronRodgers go to Pittsburgh? Is #MatthewStafford a top 5 QB?

And will you see me back with Spencer Strasmore and the @BallersHBO team anytime soon? @nflonfox

“So, interesting question here, right,” Glazier said. “And obviously everybody saw [the] little gaga eyes last week during Aaron Rodgers and Mike Tomlin [in-game interaction] and here’s what I can tell you. When Ben Roethlisberger, it’s time for him to move on, and Mike Tomlin’s told me this, too, that he doesn’t want to start over with a rookie. They want to go; the Steelers are going to want to go with somebody who’s a veteran. So, of course you’ve got a guy like Aaron Rodgers and Aaron Rodgers, it’s really up to him whether or not he decides that he wants to trade out of Green Bay or not. There’ll still be other teams interested in Aaron Rogers. You know, teams like the Denver Broncos, they I know called about him. Also, the 49ers had called about him before they drafted Trey Lance. But, yeah, Pittsburgh Steelers, they’re going to need a veteran quarterback, obviously that makes sense.”

So, that’s a lot to digest there.

In short, it sounds like Steelers head coach Mike Tomlin wants no part of a rookie quarterback starting in 2022, if he can help it. Does that mean that the Steelers wouldn’t select a quarterback in the first round of the 2022 NFL Draft if there’s one that they like? Personally, I don’t think so. Even so, it certainly sounds like the Steelers plans in 2022, assuming Roethlisberger is not back, include a quarterback with experience starting. Will that quarterback be Mason Rudolph or Dwayne Haskins? It’s hard to say for sure.

I get all the excitement concerning Rodgers these last few weeks but so much has to happen for him to land with the Steelers. The Packers are going to want something of great value on top of everything else and that assumes Rodgers wants to be traded.

Could the Steelers wind up with an outside veteran quarterback not named Rodgers? There’s probably a better chance of that happening than them trading for Rodgers, quite honestly.

Overall, we have a long time to go before needing to worry more about who the Steelers 2022 quarterback will be. Based on what Rodgers said a week ago, his highly publicized in-game interaction with Tomlin in the Week 4 game between the Packers and the Steelers, along with the comments he made about the head coach before and immediately after the game, was not him angling to get himself traded to Pittsburgh next season.

Obviously, Glazer not completely dismissing the possibility of Rodgers landing with the Steelers in 2022 is likely to be the biggest takeaway from his answer. To me, however, the biggest takeaway is that Tomlin doesn’t want a rookie quarterback leading the 2022 Steelers.