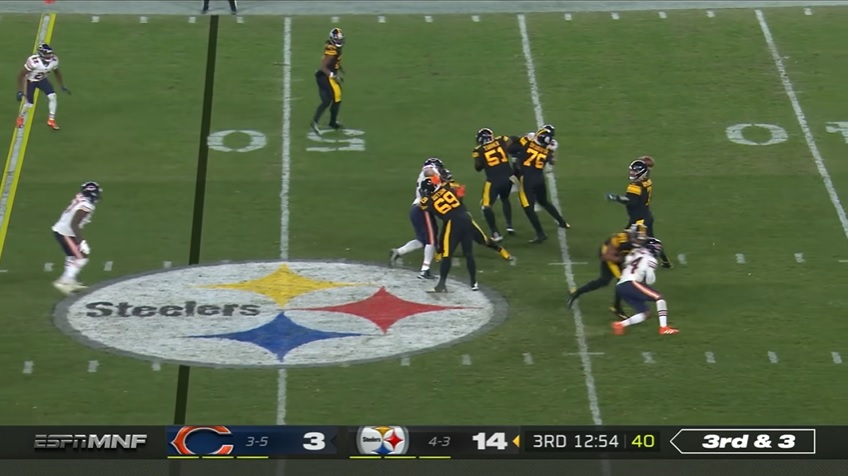 The performance by the young offensive line on Monday Night Football against the Chicago Bears was certainly a forgettable one for the Pittsburgh Steelers.

Ben Roethlisberger was sacked four times and hit 10 times overall in the 29-27 win, and the running game simply wasn’t there down the stretch for a Steelers’ offense that has taken strides forward up front before the obvious step back in Week 9.

Now though, ahead of a Week 10 matchup with the winless Detroit Lions, the Steelers’ young offensive line looks to get back on track.

While he is young in his own right, having started just 12 games in his career to date, starting left guard Kevin Dotson stated Friday during his media availability following practice on the South Side that he’s pretty impressed with the maturity level of the Steelers’ rookie linemen in left tackle Dan Moore Jr. and center Kendrick Green, both of whom had rather rough performances against a talented defensive line.

That’s all the young offensive linemen can do at this point. What’s happened against the Bears is done; now, it’s about beating the Detroit Lions, re-establishing a strong, physical run game while protecting Roethlisberger much better in Week 10.

Dotson knows a thing or two about bouncing back from a bad start, so it’s great to hear him praise his fellow young linemen around him for being able to turn the page so quickly and get focused on the task ahead, rather than what’s happened in the past.