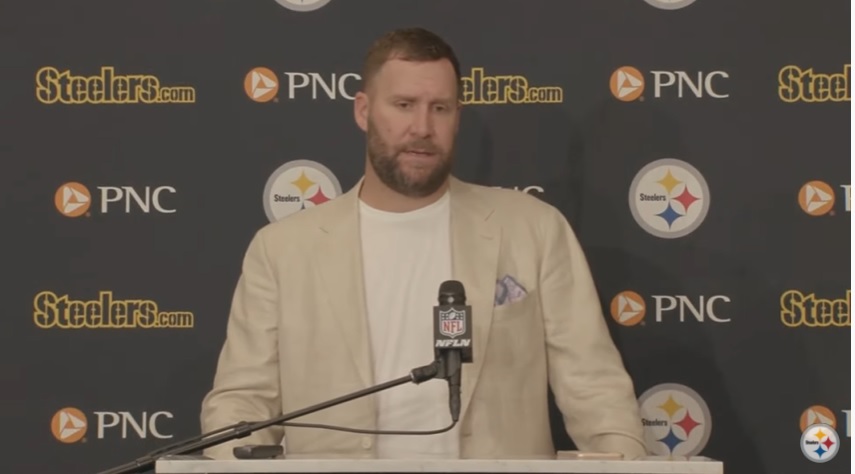 To put it mildly, Ben Roethlisberger has had a heck of an eight-day stretch. From testing positive for COVID eight days ago, shelving him for the Pittsburgh Steelers’ Week 10 tie against the Detroit Lions, to getting cleared one week later and having one of his best games of the season in Sunday night’s loss to the Los Angeles Chargers.

Speaking to reporters in his post-game press conference, Roethlisberger still seems to be trying to get his head around the entire experience. One that wasn’t pleasant personally or professionally.

“It’s a crazy process,” he said via the team’s YouTube channel. “Testing everyday. Lots of vitamins and minerals. Got to give a lot of credit to [head athletic trainer] John Norwig, the rest of the staff.”

Roethlisberger said he began feeling symptomatic last Saturday. He described the process of reporting his illness to finding out he was positive for the virus and unable to play. He also outlined the symptoms he dealt with.

“It was Saturday night. I got a lot of credit for self-reporting. I really just called our trainer John Norwig and told him I wasn’t feeling well and that I didn’t think I should head into the team hotel because I didn’t want anyone to get sick. I just thought I had a little bug. He said, ‘Ben, we’ve got to test you. Because if you have any symptoms and you don’t get tested, you’ll get in trouble.’ So drove down and got tested. Still thought it’d be nothing. Found out when I got home I was positive for COVID. That night was the worst night. Fever, not feeling well.”

He said the worst of the symptoms only last roughly 24 hours. But the COVID protocol is a lengthy one and it wasn’t until this past Saturday that Roethlisberger was activated off the Reserve/COVID list. He wasn’t officially cleared by the team and league until Sunday morning, hours before their game against the Chargers.

“By Sunday, I started to feel better. By Monday, I felt fine physically. But just because you feel fine doesn’t mean you’ll be able to pass the test. like I said, credit to the doctors and staff for helping me get out there.”

Roethlisberger said his first negative test came on Friday, opening up a path for him to return to the lineup. Which led him to begin getting his body ready for potentially playing.

“I threw on Friday with my trainer after we had one negative test. So I kind of was hoping there’d be a chance. So I threw with him outside. I did a three-day rampup where you do some cardio at home. So in my home gym, I did some cardio for three days.”

Last season, Roethlisberger missed five days as a close contact when teammate Vance McDonald tested positive. So while this process isn’t brand new, it wasn’t any easier, especially after testing positive for the virus this time around.

“Interesting. Different,” he said of the week. “I think the MVP of the week is my wife. It was not easy for all the kids to be home, me to be home, a grumpy husband who wants to be at football. I had to be the backup substitute teacher. It was a lot of interesting times. Me wearing a mask at home, and trying to help with homework.

“Still trying to spend time on meetings and looking at the iPad, going over plays. It’s tough not getting practice perspectives, watching practice from behind. I know I don’t always participate in practice but at least you’re there and you can see it first-hand. It’s different watching it on film at night. So it’s definitely a different process. But we got through it.”

Despite the difficultly, Roethlisberger had one of his better games of the season, arguably his best, in Sunday night’s loss. He threw for 273 yards, three touchdowns, and no interceptions, leading Pittsburgh to a team-high 37 points this season.

In fact, across his two “COVID games,” last year against the Bengals and this year against the Chargers, Roethlisberger threw for seven touchdowns, zero interceptions, with the Steelers scoring 36 and 37 points. Roethlisberger seems to play his best in the scenarios a quarterback is least likely to succeed. Unfortunately, his showing couldn’t come headlined with a win.