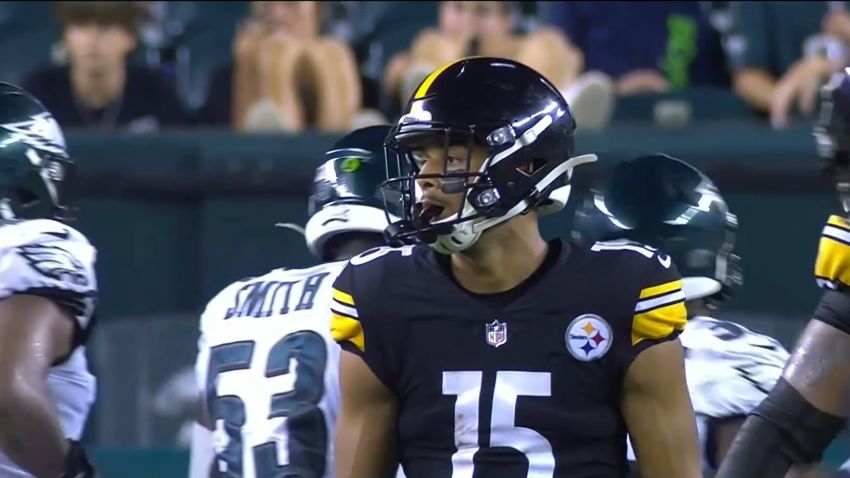 Though the focus of this week is on the Pittsburgh Steelers’ Week 9 win over the Chicago Bears, there’s a longer-term story worth talking about. Hours before kickoff for Monday’s game, Steelers’ President Art Rooney II spoke with Sirius’ Jim Miller and Pat Kirwan on Movin’ The Chains for an always insightful interview about the team and the state of the game. Before the interview wrapped up, Rooney was asked if the league’s 16-man practice squads, expanded due to COVID, will remain for years to come.

“We’ve now done it for two years. I think it’d be hard to go backwards from it now,” Rooney told the show. “I think people have gotten used to it. We’re able to, as you say, develop players right now. We feel good about the guys we have on our practice squad in terms of having a group that can come up and play if they have to. So I think it’s been a good thing.”

Prior to the 2020 pandemic, the league was already planning on expanding practice squads from ten to twelve. Once it became clear COVID outbreaks in locker rooms could leave teams without enough available players, the league expanded the practice squad to 16, which proved useful throughout the season. With the pandemic ongoing, the league chose to remain at 16 for 2021. The CBA already planned to expand practice squads from 12 to 14 for the 2022 season, so even if the league squashes the 16-man unit, it won’t drop below 14. There’s also been expanded eligibility, allowing several veterans to be on the practice squad where in past years, they would not have been eligible.

Though it’s an item that will need to be discussed with the owners and NFLPA, Rooney made it clear he was in favor of keeping things status quo.

“I think we’ll obviously have to talk to the Players Association about it. Every year it’s one of those things. there’s some tweaks, but I agree with you. I think it’s something that we ought to keep.”

Expanded practice squads are good for all parties involved. Good for the players because it gives more players jobs. That’s a couple hundred players on rosters, in practice facilities, and extending their NFL dreams as opposed to being on the street trying to find ways to pay rent, not making the NFL. And it’s good for teams with added roster flexibility, now able to keep the best players and not worry about depth charts and how healthy a line is or isn’t. And they can develop their own more effectively.

Pittsburgh certainly has a track record of practice squad success over recent years, with names like Matt Feiler, Mike Hilton, and Robert Spillane, who all spent time there before making an impact on Sundays.