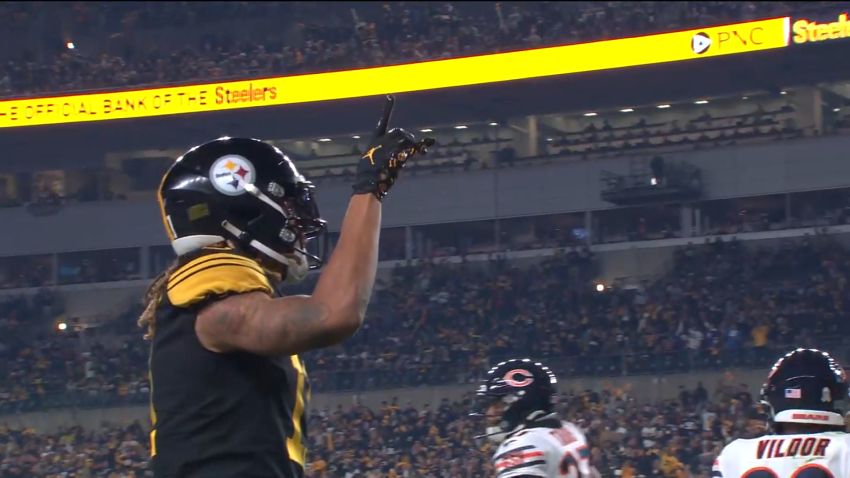 Reasoning: Wide receiver Chase Claypool returned to practice on Wednesday, albeit in a limited capacity, for the first time since injuring his toe during the Steelers’ Monday night victory over the Chicago Bears two weeks ago.

It’s not easy to be down two of your top three wide receivers, especially when your depth chart isn’t all that deep to begin with, but that’s the hand the Steelers were dealt this past Sunday—and it was backup quarterback Mason Rudolph who had to play it.

Despite attempting 50 passes in the game, half of them went to Diontae Johnson and Ray-Ray McCloud. Rookie tight end Pat Freiermuth was also targeted nine times, with college teammate James Washington getting another six.

Neither Cody White nor Steven Sims, the other two wide receivers who were on the roster for the game, received a single target, while even fullback Derek Watt and backup running back Kalen Ballage combined for three targets on the day.

All of this is just to point out what a void there is in the offense, especially following JuJu Smith-Schuster’s season-ending injury, when Chase Claypool is not out there. Claypool hasn’t taken the league by storm in his second season, but he always has that big-play potential that the rest of the room just lacks.

The second-year man has 29 receptions on the season in seven games, going for 433 yards. He has only gotten into the end zone once so far this season after scoring 11 times last year, but one senses that the numbers will come in the second half of the season.

That he was able to get back on the practice field yesterday is a great sign. The Steelers could really use his availability this weekend against an explosive Los Angeles Chargers offense, even if he serves as more of a big-bodied presence with that toe injury than as a proper deep threat. I’ll take a few catch-and-runs out of the slot any day.