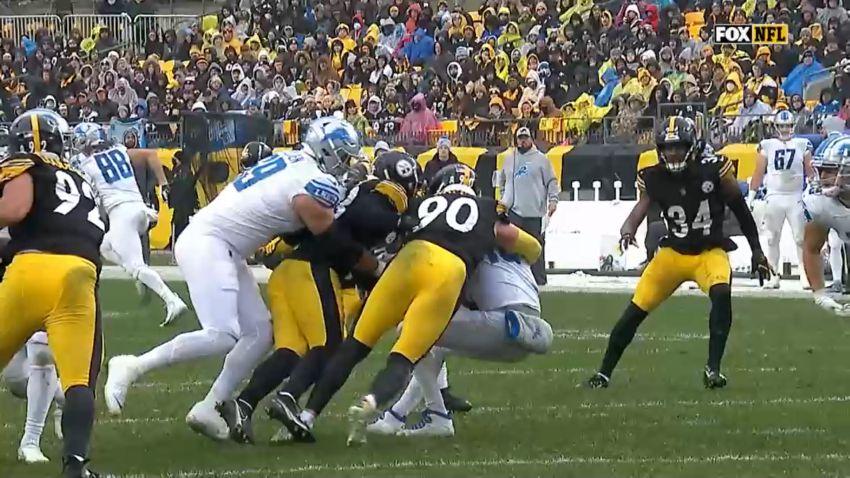 Reasoning: The veteran edge rusher received good news on the injury front, scans of his knee and hip revealing no structural damage, and it has been reported that he may not miss any time at all after exiting Sunday’s game injured following a sack in the second half.

Considering the state the Steelers are in, missing T.J. Watt for any extended period of time would have been the last thing that they needed. The fifth-year All-Pro gave everyone a scare after he went down in pain following a second-half sack of Detroit Lions quarterback Jared Goff on Sunday, colliding with a teammate while recording the takedown.

The injury was initially reported as being a hip, but head coach Mike Tomlin confirmed that he had both hip and knee injuries. It was reported yesterday that he had scans done on his injuries and they returned negative, the report adding that he may not have to miss any time.

That is obviously on the optimistic end, though, of course, and I wouldn’t expect him to be practicing to start out the week. Having a road trip coming up, the Steelers’ next opponent being the Los Angeles Chargers, probably doesn’t offer much help, either, in terms of practice time in relation to travel plans.

Watt finished the game with five tackles, one sack, two quarterback hits, and two tackles for loss, although perhaps it’s more accurate to say he didn’t finish. Outside of fellow starter Alex Highsmith, the Steelers’ other edge defenders on the 53-man roster are Taco Charlton and Derrek Tuszka.

While Highsmith was not credited with a sack in the game, he recorded 11 tackles, including two for loss, as well as a quarterback hit. He did seem to pick up his play after Watt left the game. Charlton finished the game with three tackles.