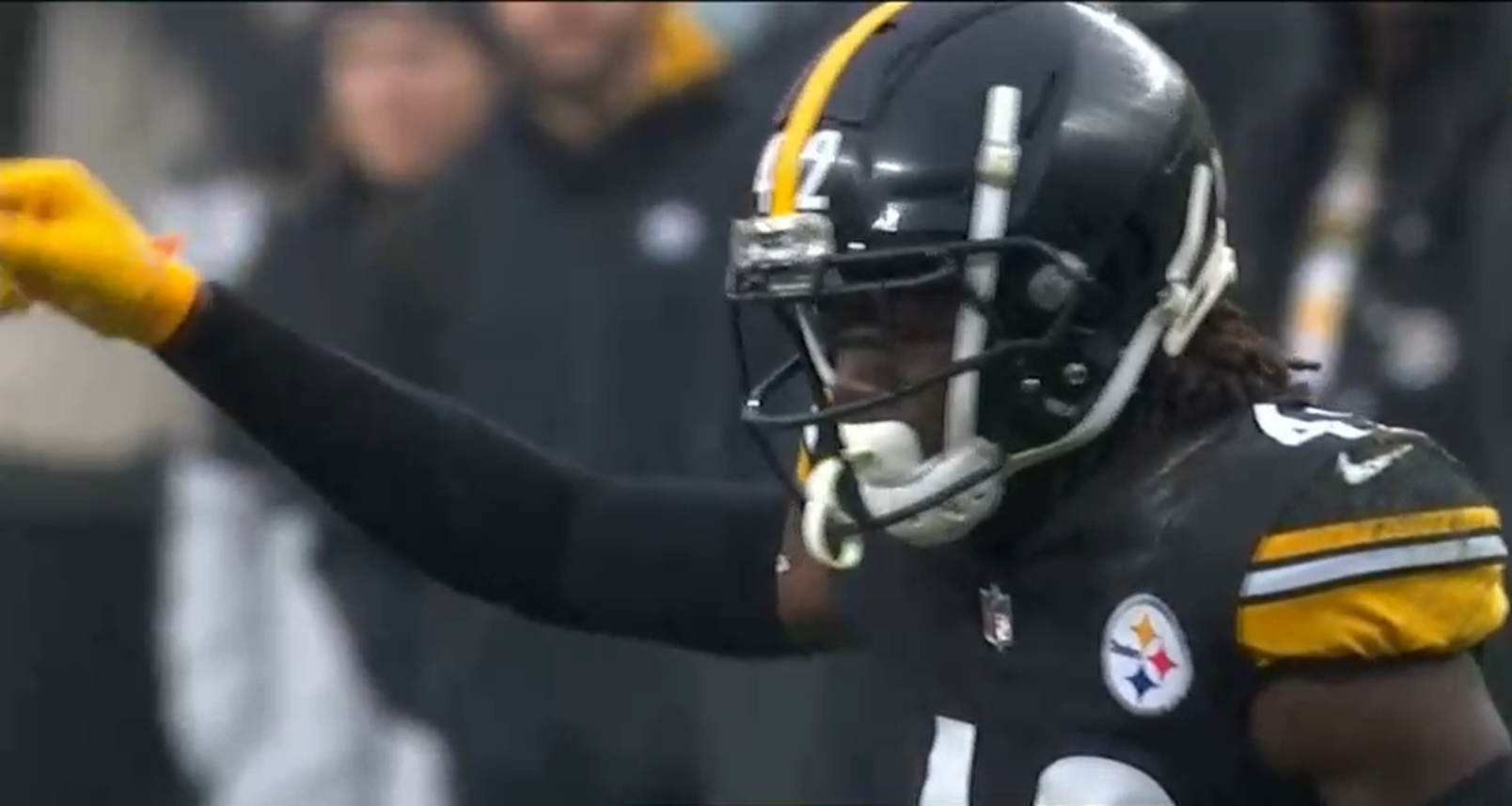 Reasoning: With Joe Haden being ruled out yesterday, second-year cornerback James Pierre will yet again be starting, his fourth time this year. The former undrafted free agent has played up and down, but in particular has impressed with his physicality and willingness and ability to make plays near the line of scrimmage.

While nobody should be writing in James Pierre’s name for the Pro Bowl, he has done nothing thus far in his second season to give anybody reason to regret getting on board his bandwagon last season in spite of very little information to work from.

The small-school college free agent has continued to earn his way up the depth chart, and is preparing to start his fourth game of the season today, the third time for an injured Joe Haden, who is missing his second game in a row due to a foot injury.

Pierre’s work in coverage has been spotty, and early in the season he really struggled to keep receivers in front of him, but he has started to approach a greater level of consistency. One thing that has been apparent with him, however, has been his embrace of the physical aspect of the position, and while that also applies to coverage, I mean in this case specifically the aggressiveness with which he pursues tackles near the line of scrimmage and working through blocks.

He has a very high tackling grade, for instance, from Pro Football Focus, who just charged him with his first missed tackle of the season in last week’s game. According to that outlet, it was also his worst game in coverage, credited with allowing five of seven receptions for 59 yards and a touchdown, with a season-high 38 yards after the catch.

But let’s face it, the secondary was a shadow of itself in last week’s game, and nobody, perhaps short of Cameron Sutton, played particularly well. Facing Joe Burrow, Ja’Marr Chase, and Tee Higgins, this should be another good test for him.