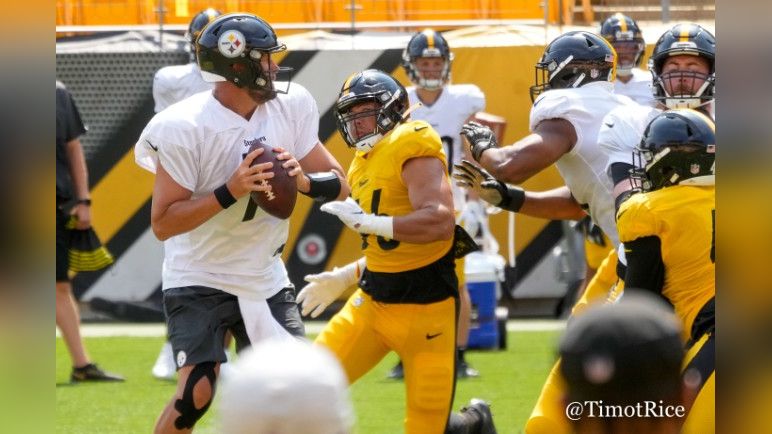 Question: How do the Steelers practice, and is there really an issue with it?

It was a few weeks ago that Steelers inside linebacker Robert Spillane made what felt like little more than passing reference to the idea that the team needs to get better in practice. We have had several Steelers now talk about it in some shape or form following Sunday’s divisional embarrassment.

How much of it is just the natural impulse of what to say when you lose games in bad ways—and how much of it is it really based on shortcomings in the way that the team actually practices? To say that you need to practice better is boilerplate stuff after a loss, thinking along the lines of, if we did everything the way we ought to, then we wouldn’t have lost.

In the past, we’ve also gotten answers about how either coaches or players felt that they actually had a good week of practice, and you always feel good about the game plan heading into the game. Something obviously is not right, though.

And how much of that something is just a deficiency of talent? If both sides of the football are not very good, they can make each other look better in practice than they will against an outside opponent. That’s one of the ‘fears’ head coach Mike Tomlin brings up during training camp when he’s asked questions about how one side of the ball looked good on a given day.

Still, we’ve gotten a lot of comments already from players, and we’re bound to get a lot more over the course of the week, surely from coaches, too. It’s feeling like things are coming to a head. Things are either going to start changing, or they’re going to get really ugly.