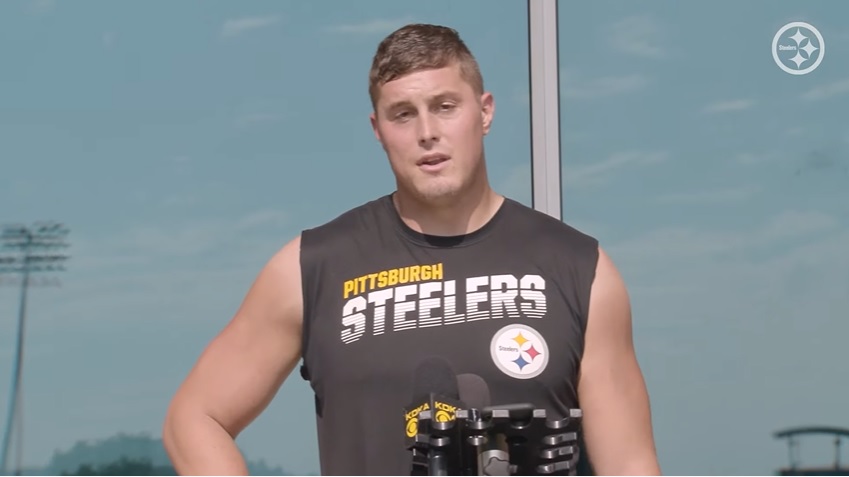 It probably caught Steelers’ fans off guard, too.

Gentry hasn’t caught many passes in his three years with the Pittsburgh Steelers. Getting on the field has been tough enough for him and since being drafted in 2018, he has just four career receptions. But three of them have come this season, his last two going for first downs. Versus Denver in Week 5, he caught a screen pass for 13 yards, something Gentry admits the defense probably wasn’t expecting.

“I think Coach Canada did a good job with that call because a lot of times I am in pass protection in those sets,” Gentry told reporters via Steelers.com. “And it kinda caught them off guard a little bit.”

Gentry’s grab came late in the first quarter, the first play of the Steelers’ drive. Pittsburgh was in a heavier personnel grouping that signaled run and had worked the quarter running on 1st and 10, running on nearly every instance. It was a solid set-up call for Gentry, who sold the block well.

“It was kind of just a little setup screen. Kind of made him think that I was pass blocking. So I just kinda shoved him off and then he thought I was committed to the pass block. So it was perfectly worked out and I was able to get a little bit of run-after.”

Take a look at the play. Gentry is to the right of the screen, selling the pass pro well before letting the ROLB go and turning to his quarterback. Rookie left tackle Dan Moore Jr. provides a good block in space to pave the way.

Equally surprising as that screen play has been Gentry’s usage in general in this offense. He’s played 20% of the team’s snaps this season, about 19% more than probably anyone expected. It didn’t even feel like a guarantee he’d get a helmet at the start of this season. But he has and played and played well, making strides as a blocker with interesting size to take on EDGE rushers in the run and pass game.

Pittsburgh may increase its 12 personnel following JuJu Smith-Schuster’s season-ending injury. That won’t necessarily lead to a direct uptick in snaps for Gentry but it could bump things up a bit. Especially as the team finds it footing running the ball with Gentry as potentially the best run blocking tight end on the team or at least up there with Pat Freiermuth.