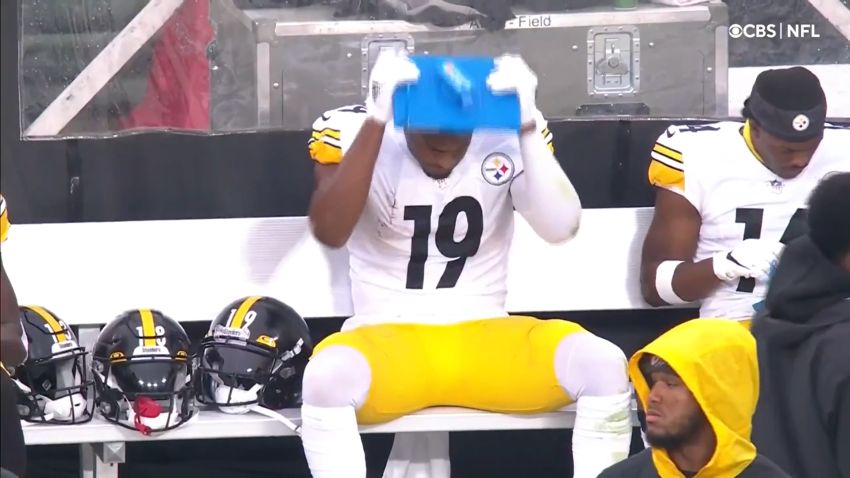 Sitting at 1-3 on the season and facing a tough stretch leading up to a Week 7 bye week (regardless of injuries on opposing teams), the Pittsburgh Steelers could find themselves well out of the playoff picture rather quickly, which could lead to some tough decisions for a team with limited draft capital and facing a potential reload after 2021.

Should the Steelers find themselves out of the playoff picture quickly, CBS Sports’ Cody Benjamin believes the Steelers could sell off some veteran pieces who are pending unrestricted free agents, including the likes of JuJu Smith-Schuster, Joe Haden and Eric Ebron.

Benjamin listed all three in his trade deadline primer piece for CBS Sports, listing the trio of Steelers among 16 other players in the league that could be viewed as trade candidates.

“They won’t do this unless Ben Roethlisberger is benched (unlikely) or eventually lands on “injured reserve” (possible), and the return might not be big (his free agent market was so-so),” Benjamin writes. “But JuJu, on a one-year deal, would surely appeal as a rental for a contender.”

“Both he and the Steelers would love for the marriage to last forever, and like JuJu, he probably won’t be auctioned until it’s clear Big Ben is out of the equation, but at least a half-dozen playoff teams would likely call about his availability, even at 32,” Benjamin writes.

“No smart team is offering much here, but the Steelers would be foolish not to sell,” Benjamin writes. “A 2022 free agent, his successor is already on the roster in Pat Freiermuth, and his production and durability have never been particularly reliable. As a TE2, he’d be a decent add.”

It’s hard to think about the Steelers potentially selling off any sort of pieces in-season at a trade deadline in which they are historically are inactive at. It’s not like the MLB trade deadline where teams are uber active in-season. However, if the Steelers are clearly out of it, they need to consider selling some of the pieces they can to try and recoup some draft capital that they have lost in recent seasons going all in.

That’s a hard road to go down, in terms of thinking about selling off assets just four weeks into the season, but unless the Steelers go on a run here soon, or show real signs of life on offense, it will be really tough to climb out of the hole that they’re currently in.

Of course, none of this matters unless the Steelers make a move at quarterback, which they won’t unless Roethlisberger is hurt and is unable to play down the stretch. That said, the trio of Steelers that Benjamin highlighted make sense for the Steelers to consider trying to sell, even if the returns won’t be earth shattering for pending UFAs.