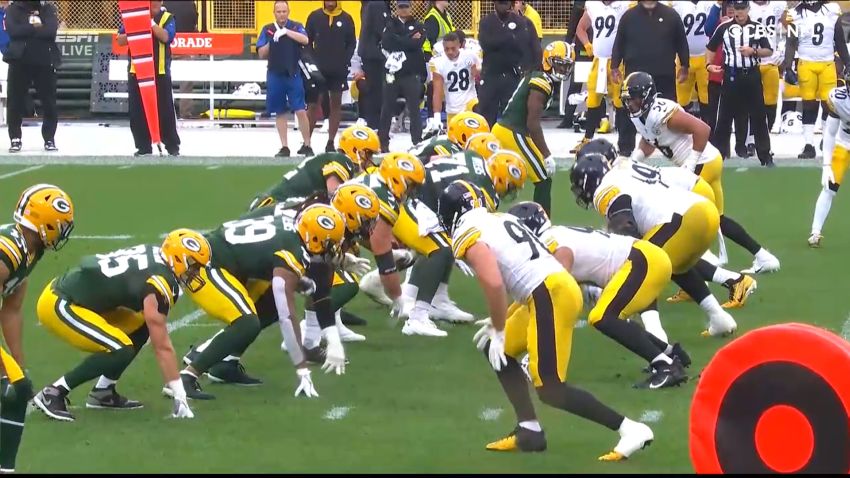 A couple of years ago, the one thing that defensive captain Cameron Heyward kept harping on as the issue in their defense was the fact that too many players were trying to make plays to compensate for others. They weren’t trusting that the other guys, some of whom were injury replacements, would be doing their jobs, which made them step out of their job in an effort to try to create a play, leading to nobody making it.

The Pittsburgh Steelers are evidently seeing the same situation this year, or at least that’s how it sounds listening to outside linebacker T.J. Watt talk about the defense following yesterday’s 27-17 loss to the Green Bay Packers, focusing on the lack of success against the run.

“Just trying to do too much. I think it starts with me. Just trying to make too many things happen”, he said about what the issue was. “You’ve got guys down and you’re just trying to make a play. Sometimes you’ve just gotta trust your teammates and I think that starts, obviously, first and foremost, with me. I think they had over 100 yards before the end of the third quarter, rushing alone. Anytime they can have the run or the pass, it’s really tough to stop them”.

The Packers rushed for 131 yards in total as a team, including 81 yards on 15 carries by A.J. Dillon, though they were able to get him to put the ball on the ground as well. He was supplemented by Aaron Jones returning from injury, chipping in 48 yards on 15 carries. Aaron Rodgers added a four-yard touchdown scramble.

They weren’t incredibly efficient, finishing the game with a 4.0-yard average, but they were able to run the ball twice as often as the Steelers did 33 attempts to 16, while Rodgers attempted 36 passes. They were able to control the clock and keep the defense off-balance because of their ability to move the ball on the ground—in part because people were trying to make plays that weren’t theirs to make.

“I just said, ’stop trying to make too many things happen’. It starts with me”, Watt added. “We just have to continue to lean on each other and trust each other and watch the film and continue to get better. It’s still super early in the season. We’re at home next week and, just like every week, it’s a gotta have it, but this feeling definitely sucks”.

Misery loves company, so if they keep losing, it’s only going to get worse. Their next game is hosting the Denver Broncos. Their quarterback, Teddy Bridgewater, suffered a concussion playing against the Baltimore Ravens yesterday, so we’ll see what his status is.