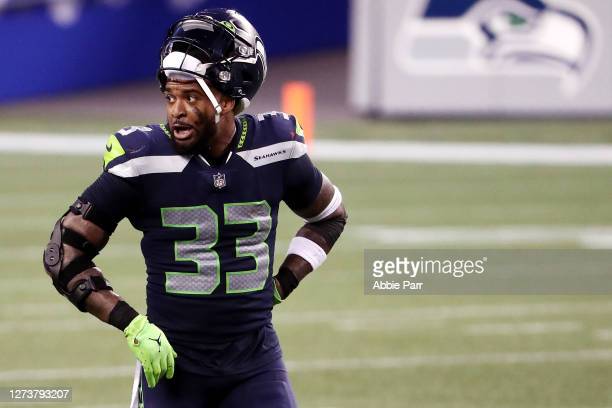 If the Steelers want to move to 3-3 Sunday night, they’ll have to find a way to block #33. Mike Tomlin makes every opponent sound like the ’27 Yankees but offered extra praise for Seattle Seahawks’ safety Jamal Adams on Tuesday. Tomlin outlined what makes Adams such a threat.

“On the defensive side of the ball looking at them, they got some dynamic players,” Tomlin began in his weekly presser. “Man, that strong safety, man, we got our hands full in terms of trying to minimize him. Not only in terms of in the box, in terms of what he does in the run game, but he’s just an outstanding blitzer man. I spent some time this summer delving back into 2020 tape and just looking at some opponents and looking at some players and man, this guy is the most dynamic secondary blitzer in football. I mean the rate in which he gets to the quarterback, that is something to be respected.”

The numbers back up Tomlin’s tape evaluation. Adams is the gold standard for backfield disruption. Since entering the league in 2017, he has 21.5 sacks, a number no other DB even comes close to. Here’s the top five.

Though he’s without a sack in 2021, Adams is the only DB in double-digits and has more sacks than the next two players combined. One of them being Mike Hilton, an ace blitzer for Pittsburgh until leaving for Cincinnati. Adams dwarfs those numbers. In many ways, he’s been used as a de-facto linebacker and at a listed 6’1″, 213 pounds, looks the part.

Tomlin described the way Adams gets after the quarterback as very linebacker-like.

“He gets on backs. He consistently beats backs in the blitz game in the ways that linebackers beat backs. Our backs are going to be challenged from a pickup standpoint.”

Najee Harris has held his own in pass protection this season but hasn’t been perfect, tending to drop his eyes a bit too much on contact. On one rep last week, he failed to get much depth on his block, leading to Ben Roethlisberger banging his elbow off Harris’ helmet. What Harris does (or doesn’t do) in pass protection this weekend might be just as important as anything he does as a runner.

Tomlin noted Harris and Steelers’ running backs won’t be the only one needing to step up.

“Our wide outs are going to be challenged on the perimeter of running plays, trying to minimize his impact in that area.”

The Steelers ran crack/toss runs and used their WRs on insert blocks (a lead block between the tight end and OT in the core formation) in Sunday’s win over the Broncos, something that proved successful as Pittsburgh had by far their best rushing performance. Doing that again will be a much bigger challenge versus Adams. It’d be smart for the Steelers to come up with a new gameplan but Adams, like all top players, force you to deal with him. Or he’ll deal with you.