The Seattle Seahawks have now released their third injury report of Week 6 ahead of their Sunday night road game against the Pittsburgh Steelers and the Friday offering includes a few significant developments when it comes to players officially ruled out for that contest.

The Seahawks have officially ruled out running back Chris Carson (neck), tackle Cedric Ogbuehi (biceps) and quarterback Russell Wilson (right finger) for Sunday’s game against the Steelers. Wilson will likely go on the Seahawks Reserve/Injured list on Saturday. As for Carson, this will make the second game in a row that he has missed. The Seahawks will start quarterback Geno smith and running back Alex Collins against the Steelers on Sunday night. 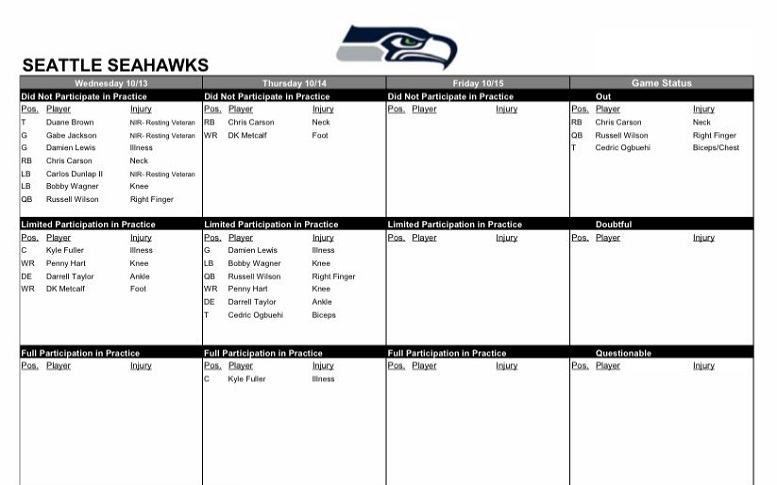