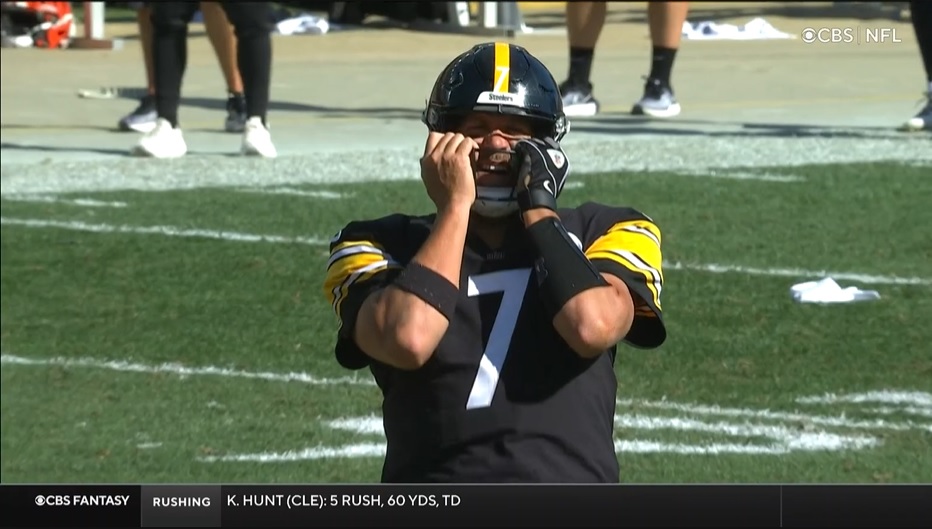 After a 27-17 loss to the Green Bay Packers on Sunday, the Pittsburgh Steelers have begun the 2021 season with a 1-3 record. That initially has the team last by two games in the AFC North, trailing the 3-1 Cleveland Browns, Cincinnati Bengals, and Baltimore Ravens, and answering questions about what is going wrong.

For a franchise boasting a streak of 17 consecutive seasons without a losing record, starts like Pittsburgh’s this season aren’t common, and become an immediate topic of discussion. Now in the midst of a three-game losing streak, everyone is in search of answers for the rare poor start.

“What a challenge for us. I think this is going to test us all that we need to look in the mirror and we need to figure out what path we want to take,” Steelers quarterback Ben Roethlisberger said. “I know what I’m going to do. I’m going to come out tomorrow and give it everything I have, and do the same thing this week and get ready to go. And I just hope and pray that everyone else in that locker room does the same thing, because I think it potentially can be easy to quit in a situation like this. And I don’t think that we have that in this locker room. But you know, you’ve gotta get ready to go.”

The 2006 season, coming off a Super Bowl victory, Pittsburgh began exactly like they have in 2021: A win and three consecutive losses. That skid continued to 2-6, before the team came back to even the record at 8-8 in the final week of the season, missing the playoffs.

In 2013, the team actually began 0-4, and ended the year on a three-game winning streak to again get to 8-8, saving the .500 streak but missing the playoffs. The 2019 season was different, with Roethlisberger lost for the season partway through the team’s second game. Pittsburgh still fought to an 8-5 record without him, but lost their final three to again go 8-8.

So for the fourth time in the team’s current era, the Steelers face the challenge of coming back from a slow start, and exceeding the 8-8 record that was the end result each time. There is a big win to build on, in Week 1 over popular Super Bowl pick Buffalo, but a pair of back-to-back losses to the Bengals and Packers that have left major questions about the team’s offensive line, coaching, offensive gameplan, and the ability of Roethlisberger.

For that streak of .500 seasons to continue through this year, everyone involved can’t quit, and all will have to adhere to Roethlisberger’s words that everyone gives it everything they have.