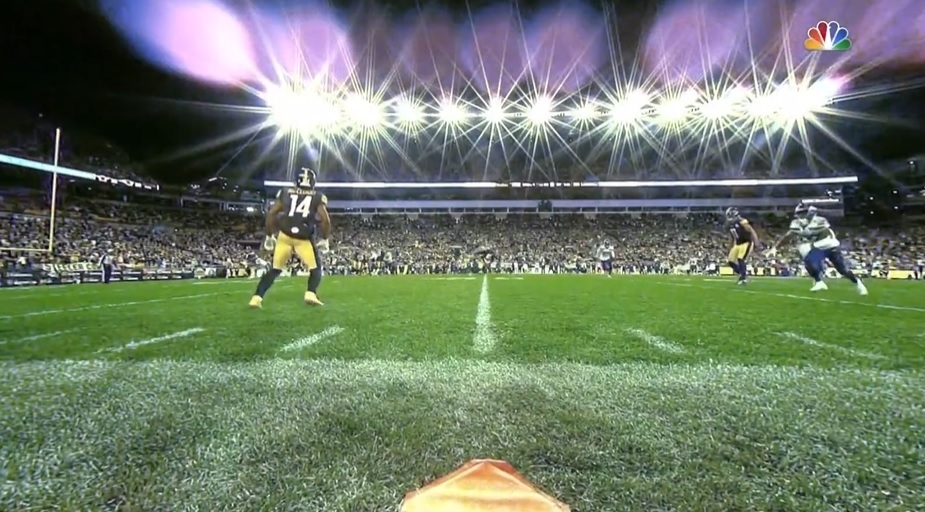 It goes without saying how big the loss of JuJu Smith-Schuster is to this Steelers team. Smith-Schuster not only provides a physical, tough option out of the slot for Ben Roethlisberger, but his energy in the locker room is crucial as well.

The Steelers first game without Smith-Schuster was a bit rocky against the Seahawks. Ray-Ray McCloud possesses a unique dynamic that’s different than that of Smith-Schuster. As expected, his work in the slot increased significantly Sunday night. McCloud addressed the unfortunate injury and the next man up mentality.

”First, I just want to thank God for the opportunity,” he said after practice to the media Tuesday, via the Steelers website. “I know with Juju going down, which was a big thing for our team and our offense, we just [had to have] a next man up mentality as a team.“

Coach Mike Tomlin has emphasized this segment for the team, needing more guys than one to step up with Smith-Schuster out. McCloud wound up getting 52 snaps in Sunday’s game compared to just eight for fellow receiver James Washington.

McCloud provided mixed results while continuing to build a rapport with Roethlisberger. He was targeted just twice, catching both of those for a total of 18 yards receiving. McCloud did enjoy a good day returning the ball though, which included a 14-yard punt return and a 37-yard kick return.

”You gotta be ready and prepared. I think we did a good job in our room.”

As the team heads into a bye in Week 6, it’ll be an important time to continue evolving the offense. Specifically, finding the right balance of guys stepping up in that slot position. While McCloud did see a lot of that work in Week 5, it seems to be a position that will be filled by committee. Along with McCloud, tight end Pat Freiermuth saw an increased number of snaps as well as targets. Washington and perhaps newly-added Anthony Miller likely get more looks as the season goes on as well.