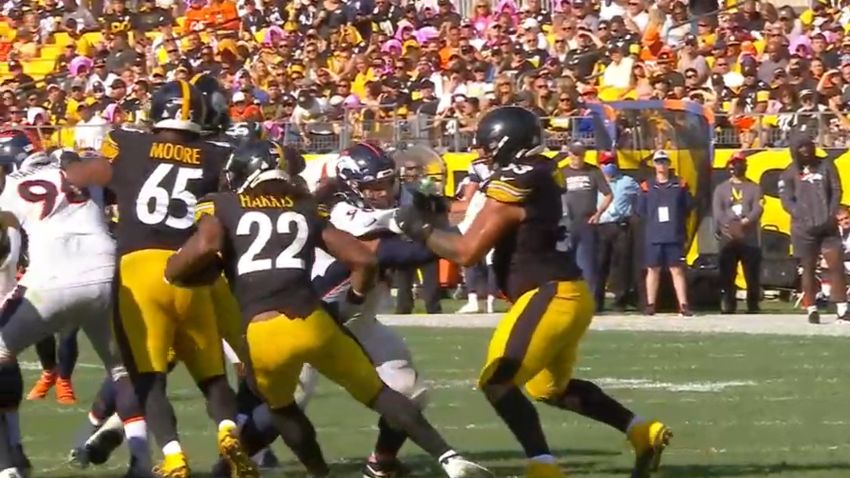 On Sunday, that was on full display for the second straight week as the Steelers ran roughshod on the Broncos’ front seven, leading to a career day from rookie running back Najee Harris and easily the best output of the season — and one of the best in recent years — from the Steelers on the ground as a unit.

Speaking to the media after the 27-19 win over the Broncos at Heinz Field, rookie center Kendrick Green stated that he was pleased with the offensive line’s ability to wear down Denver’s front seven early and often, taking advantage in the second half drain the clock and run the ball successfully time and time again.

“…I think we just, you know, we really had to put our nose to the ground and get to work,” Green said to reports, according to video from Steelers.com.

Asked if he believes the offensive line was able to finally play the style of football offensive line coach Adrian Klemm has been preaching since OTAs, Green was quick to state that he believes that is the case to reporters, saying it was a focus of the Steelers’ offensive line all week long leading up to the matchup against a terrific Denver defense.

“We try to, you know, we really wanted to start on wear and tear on those guys, you know what I mean?” Green said. “I feel like we got to it a little bit towards the end of the game. We got some good movement and our backs ran hard and not just Najee [Harris], but you know, Benny [Snell] as well. And KB [Kalen Ballage].”

The performance on the ground by the offensive line on Sunday marked the second straight game that the Steelers were able to successfully run the football early and often. The difference in Sunday’s performance was that the Steelers didn’t find themselves trailing and forced to abandon the run game. Instead, they got up early, stayed up, and were able to continue to focus on the run game.

Credit to the offensive line for the movement they created, allowing Pittsburgh to remain balanced offensively, picking up a much-needed win.