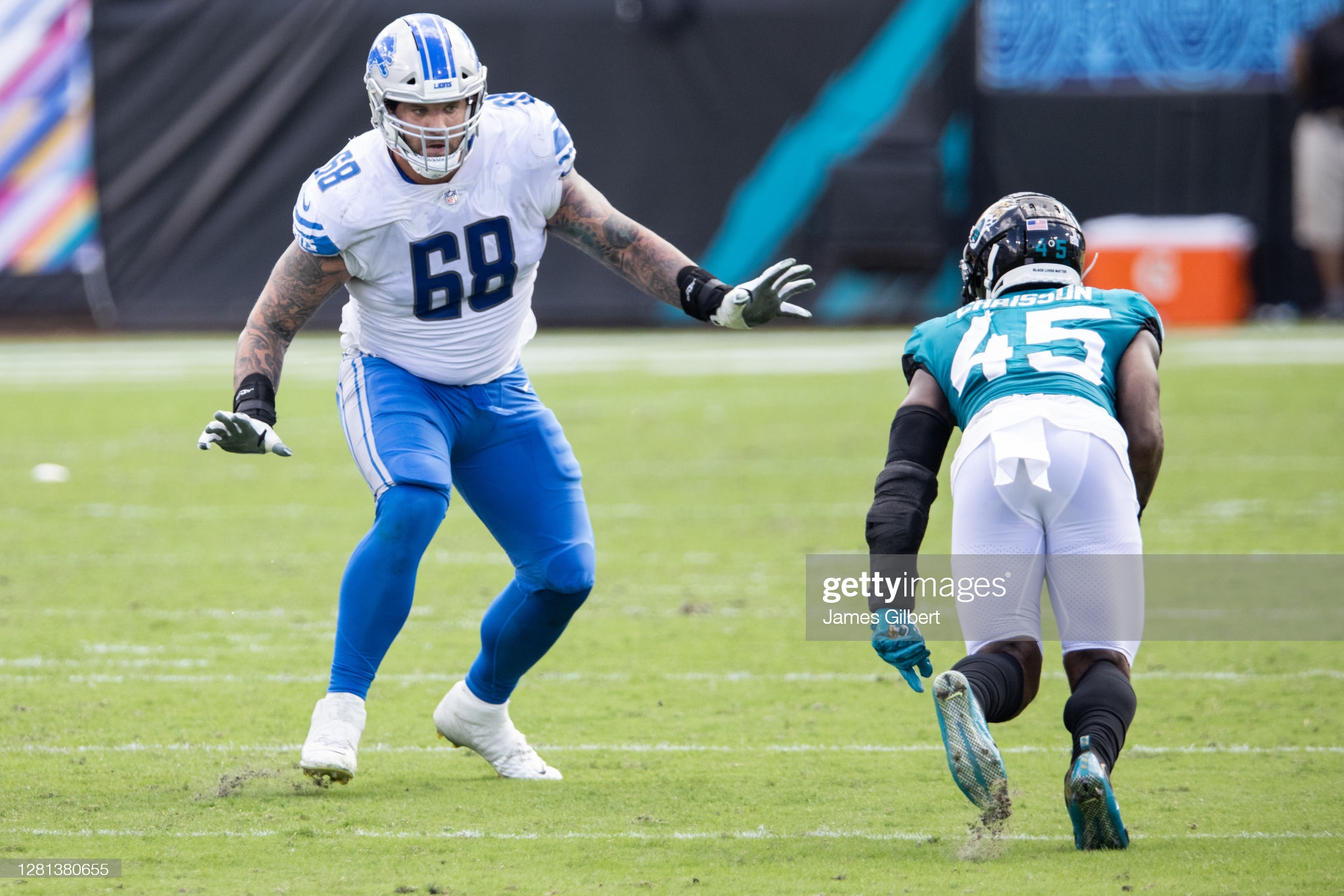 With the Pittsburgh Steelers on a bye week and still having some reasonable cap space to work with, the trade rumors and potential trade targets are starting to heat up with the Steelers sitting at 3-3.

One potential trade target and package overall that has been bandied about is the Detroit Lions and veteran offensive tackle Taylor Decker.

Decker, 28, is a former 2016 first-round draft pick by the Lions at No. 16 overall, and has held down the left tackle job in the Motor City for five seasons before being bumped out of his spot due to injury and better fit by 2021 No. 7 overall pick, Penei Sewell.

The veteran offensive tackle currently remains on injured reserve after being placed there on Sept. 11 due to finger surgery, but once he’s healthy, it’s highly unlikely he fits into the Lions’ plans, considering how well Sewell has played at his more natural position of left tackle after struggling at right tackle throughout training camp and the preseason.

With a move at the trade deadline Nov. 2 — assuming Decker is activated to the 53-man roster before then — whichever team buys Decker’s stock would be doing so assuming the final three years of a 5-year, $70.35 million contract, which would be roughly $54.35 million — quite a bit of money for an offensive tackle that is nearing 30 years old and has dealt with significant injuries early in his career.

That said, Bleacher Report’s Brent Sobleski identified the veteran offensive tackle as the top trade deadline target for the Steelers, assuming Pittsburgh would be active at the deadline.

“The Detroit Lions have a major decision to make once Taylor Decker is recovered from surgery on an injured finger, though a possibility still exists he could be still be shut down for the season. With Decker out of the lineup, the team moved this year’s seventh overall pick, Penei Sewell, from right to left tackle. The 21-year-old rookie is clearly more comfortable on the left side, and a move back to the strong side may impede his development,” Sobleski writes. “Obviously, the organization thinks highly of Sewell. If Decker doesn’t like the idea of possibly playing right tackle, he could be traded, and the Pittsburgh Steelers should do what it takes to land the 28-year-old. Fourth-round rookie Dan Moore Jr. has been asked to man Ben Roethlisberger’s blind side, and it hasn’t gone well. An anchor of Decker’s caliber could cause the entire Steelers front to settle and give the team a much better chance to win over the second half of the season.”

Decker would undoubtedly be an upgrade for the Steelers’ offensive line, but writing that the protection of Roethlisberger hasn’t gone well because of Dan Moore Jr. is simply incorrect. Sure, the rookie left tackle has struggled at times while undergoing a baptism by fire in the NFL, but he’s also had some flashes of brilliance at left tackle.

To date, Moore Jr. has a 60.6 overall Pro Football Focus grade, including a respectable 64.3 pass blocking grade. He’s been serviceable at left tackle and is only going to get better with more reps and overall experience. A trade for someone the caliber of Decker — assuming health and cost isn’t that hight — would stunt Moore Jr.’s growth, potentially ruining a diamond in the rough find on Day 3 of the NFL Draft.

It’s also highly unlikely the Steelers would want to commit that much money and years to a tackle that they didn’t invest in themselves, not to mention with that lengthy of an injury history.

Decker is a nice fit on paper and paper only; everything else really doesn’t add up.