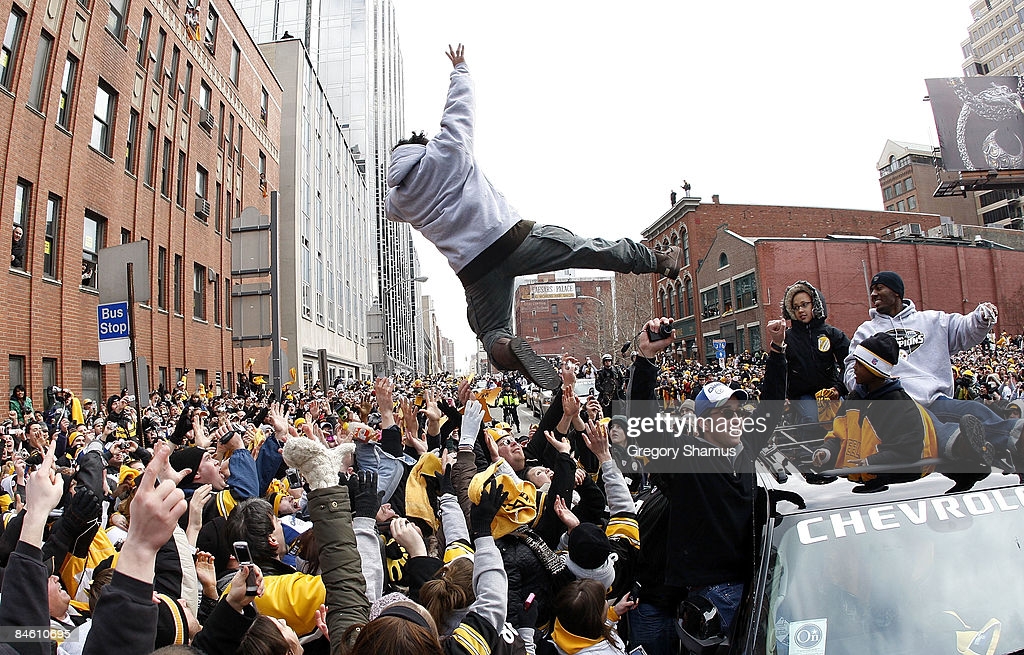 Retired from the NFL for six years now – can you believe it’s been so long – Troy Polamalu doesn’t live in Pittsburgh anymore. He’s back out west. But when he returns to the city, as he did last weekend, it immediately feels like home again. It’s where Polamalu and his family put down roots for over a decade and his return to watch the Steelers knock off the Seahawks was a special one.

Prior to Week 6’s game, Polamalu met with reporters to talk how he felt coming back to Pittsburgh.

“In terms of coming back to the stadium, I lived in this community,” Polamalu told the media in a transcript provided by the team. “This community was really family to me. To me, whether it was the many high school stadiums that I’ve watched, all the football teams [I wasn’t] even associated with. Just as a fan of Western Pennsylvania football, being in those crowds, being in basketball crowds, raising my kids in youth sports here, that’s what I loved about this community.”

High school sports, especially football, are as big as anything in Western Pennsylvania. Friday Night Lights followed by College Football Saturday and finished off by the Steelers Sunday afternoon. A time-honored tradition. Western PA, specifically Latrobe, where the Steelers spent their training camps pre-COVID, is literally the birthplace of professional football. Some of the greatest players in football history, Johnny Unitas, Jim Kelly, Joe Montana, Dan Marino, Mike Ditka, Darrelle Revis, and countless others hail from the area.

Steelers’ fans have a reputation for living all around the globe. And when you come to Pittsburgh, black and gold is all you meet, a fandom that’s special to Polamalu.

“Everybody here is a fan of the Steelers. That’s one thing that I think I’ve probably never clarified. To me, first, being drafted here, I don’t think I’ve ever met anybody that lived in Pittsburgh that wasn’t a Steelers fan. As the city started to grow and all these people with their young ideas bringing in their teams, it was just like, to me, this city and this team are so symbiotic. For me to go into the stadium, it doesn’t feel any different than Giant Eagle for me because it’s just Pittsburgh. It’s home. I never saw myself really just as a Pittsburgh Steeler, but just as a member of this community.”

Polamalu did plenty of good in the community off the field. But he created special memories for fans on it. And now he lives on forever in the Pro Football Hall of Fame with the dozens of other Steelers’ legends forever etched in football history.