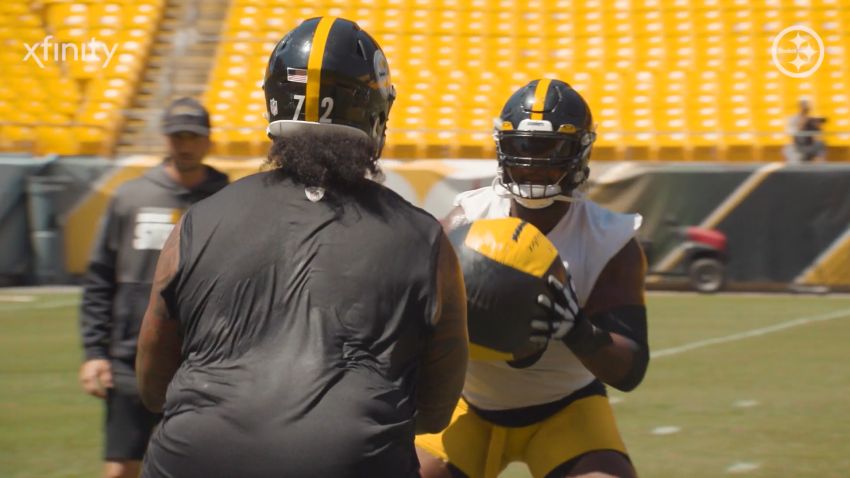 Reasoning: With Chukwuma Okorafor being ruled out for tomorrow’s game due to a concussion, and Zach Banner on the road back, one has to wonder if the fourth-year veteran has started his last game.

Chukwuma Okorafor has started 21 games over the course of his three-plus-year career. None of those 21 starts have come at the spot he was intended to start, or as the intended starter. He started 16 games at right tackle last year after losing a training camp battle for the job to Zach Banner, but Banner tore his ACL in the first game.

This year, after Alejandro Villanueva left in free agency, Okorafor was supposed to start at left tackle, but with Banner not yet ready to play for the start of the regular season, the team started rookie Dan Moore Jr. there, who is much more comfortable on the left side, and stuck Okorafor there.

Now Banner is back practicing, possibly being activated from the Reserve/Injured List today, but either way, Okorafor won’t be out there tomorrow. He is dealing with a concussion that he suffered against the Cincinnati Bengals.

By the time he returns, the starting lineup may have changed without him. If Banner is back and looks okay, it’s quite likely that they stick with him there. And as far as him taking Moore’s job, sliding back to left tackle, I’m not so sure that stands a great chance of happening either, as long as the rookie doesn’t start to trend in the wrong direction.

While lamenting the circumstances, it does seem that the majority consensus among fans would prefer Okorafor as a backup rather than as a starter. Truth be told, he has not exactly played ‘above the line’, so to speak, though his overall performance has also been negatively exaggerated.

Still, most will welcome the opportunity to take up the offensive line and try another combination. We don’t even know much about Banner because he’s been injured for the vast majority of the period during which he was supposed to be starting. His opportunity to prove himself is perhaps finally here.