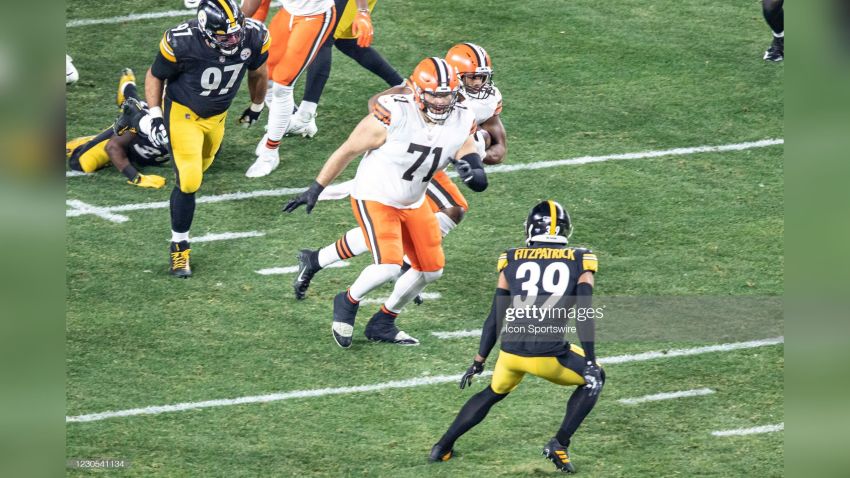 Question: How will the Steelers fare in stopping the Browns’ rushing attack?

While we often talk about the Baltimore Ravens in terms of focusing in on limiting their ability to run the ball, the Browns may be even more dependent on their ground game this season. And they showed in their last game that they can run the ball even without their top backs.

D’Ernest Johnson rushed for 144 yards in his first career start while Kareem Hunt is on the Reserve/Injured List and Nick Chubb was unavailable. Chubb will be back for this one, however, playing behind a quality offensive line that is probably as healthy as it’s been this year.

On the flip side, the Steelers’ defensive line is in serious lack of depth without Stephon Tuitt, Tyson Alualu, and Carlos Davis, two starters and a top backup, and they’ve had to do without all three of them for most of the year. How much has that worn them down? They are coming off of a bye week, fortunately.

Still, we saw how the Seattle Seahawks were able to run the ball against this line in the second half two weeks ago, even without their starting quarterback and their top running backs. Have they been able to make adjustments to address the failings that led to that showing?

If they can’t stop the Browns’ run game, then it doesn’t even matter who is at quarterback for them. They can beat you on the ground and limit your possessions while they do it, something that even offensive coordinator Matt Canada acknowledged this week.