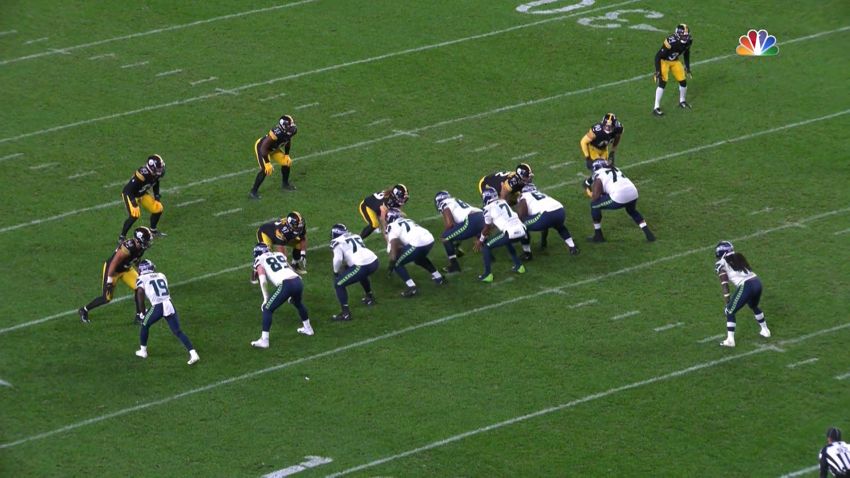 Question: How much concern should there be about the Steelers’ run defense?

The Steelers’ defense played pretty great in the first half. The second half? Eh, no so much. Not only did they allow the Seattle Seahawks, with a backup quarterback, put up 20 points, they were utterly dominated by their running game, without their starting running back.

And it was an old nemesis, Alex Collins, who once had a great game running the ball against them, also in overtime, with the Baltimore Ravens a few years ago. The veteran ultimately rushed for 101 yards on 20 carries, but the running backs as a team rushed for 145 yards on 26 carries, averaging well over five yards per carry.

The first couple of drives of the second half in particular were simply embarrassing for the Steelers’ run defense. Even Cameron Heyward was losing some of his one-on-one reps. T.J. Watt overran a play or two being overaggressive. The middle linebackers were in the wrong gaps, or sharing gaps.

This was perhaps the worst game of the season so far for the run defense, even in a win. So where does it stand, and where can it get to? The Steelers were seemingly missing nose tackle Isaiah Buggs for most of the second half, and Carlos Davis is still working his way back.

Then you have the prospect of Stephon Tuitt perhaps returning sometime after the bye week. How much will those additions positively contribute to the Steelers’ ability to stop the run? Even before this game, they had allowed over 500 rushing yards and 4.0 yards per carry, and that will look even worse now.