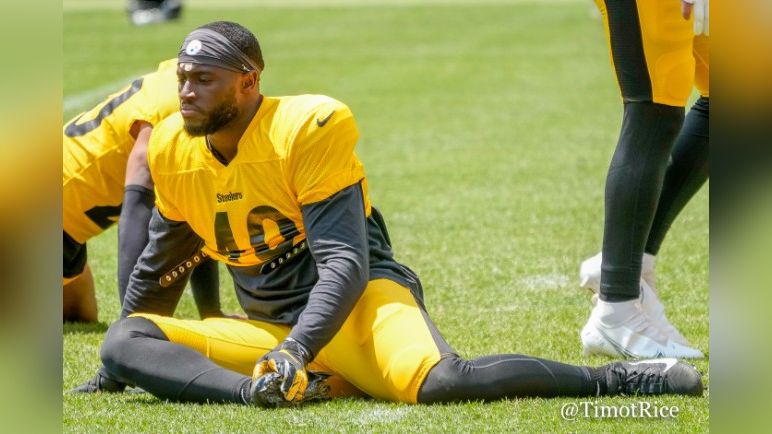 The Steelers drafted nine players back in April and May. Eight of them made the team. Sixth-round outside linebacker Quincy Roche was the one who failed to make the cut, losing out to first-year former college free agent Jamir Jones, who was subsequently waived—and claimed off waivers—in favor of Derrek Tuszka.

The Steelers presumably would have liked to have signed Roche to the practice squad, but like Jones, he was claimed off waivers, picked up by the New York Giants, who also claimed Tuzar Skipper off waivers, and once signed Keion Adams as well.

He did have a positive preseason for the Steelers, recording two sacks among a handful of tackles. He logged a good amount of snaps on special teams, but failed to record a tackle or really stick out; that was an area in which Jones separated himself.

At this point, the Steelers only have their two starting outside linebackers on their 53-man roster among those who were with the team on the 90-man roster back in OTAs. Not only are Roche and Jones gone, veteran Cassius Marsh also failed to make the team. The signing of veteran Melvin Ingram shortly before training camp kind of changed the landscape there.

Pittsburgh also has former first-round pick Taco Charlton signed to the practice squad, so they still have depth even without the minor names like Jones and Roche, who has played a few dozens defensive snaps so far for the Giants. He played 23 snaps this past week, recording one hurry. He had three tackles, two of which were defensive stops.

As for Tuska, he has played about the same number of snaps, though did not play in the last game. He also had three tackles with two stops, but hasn’t recorded a pressure yet. Jones has played 28 snaps since being claimed by the Los Angeles Rams, recording one hit and one tackle, so, surprisingly, none of them are yet revealed to be secret superstars.