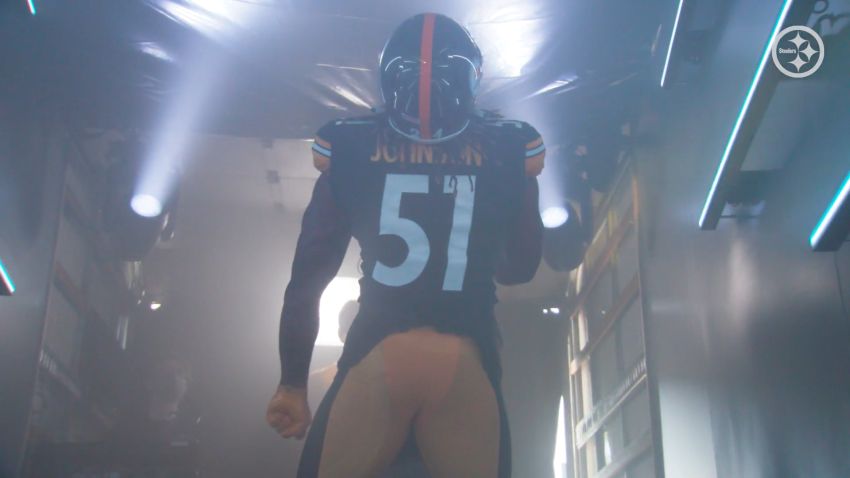 After spending each of their first four draft picks on the offensive side of the ball earlier this year, the Steelers finally turned their attentions to the defense, using their second of two fourth-round picks on Texas A&M linebacker Buddy Johnson, who has been the least-used of the eight draft picks who made the team.

He did make the team, which is a good start, as one of six inside linebackers, but he is the only one of the six that doesn’t dress, with signifies that he is one of the lowest players on the roster; in other words, he is among the most at risk of being waived if and when a roster spot needs to be opened up, e.g. for Anthony McFarland or Stephon Tuitt.

Johnson did dress for the first two games of the regular season, but that was only due to the fact that they had some open roster spots available due to injury. He has been a healthy scratch for the four games that have come after. He did play 13 snaps on special teams in the opener.

Especially once they trade for Joe Schobert in August, however, it was clear that they didn’t draft Johnson for this season. He does have some starter traits that could result in him being there someday depending on what their plans are for Schobert and Devin Bush, neither of whom, frankly, are guaranteed to be here beyond the 2022 season.

The rookie did have some flashes of potential during his play in the preseason, and that’s probably all we’re going to see from him until the 2022 preseason, assuming that he is still on the team. It’s always precarious when you have six inside linebackers, and the other five are dressing regularly.