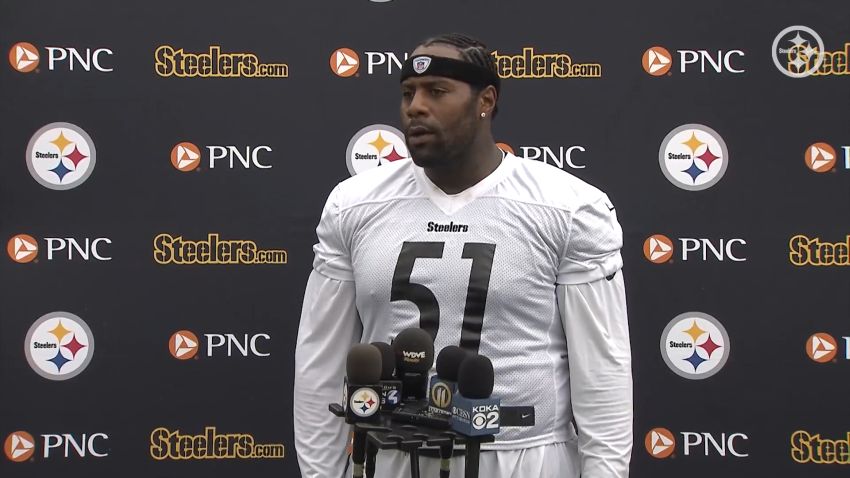 This Pittsburgh Steelers’ offensive line will continue to be asked questions until they start providing answers on the field. Right now, the front five is a work in progress. All that’s missing are the PennDot workers standing around. But Trai Turner believes the lines struggles will be fixed quicker than Pennsylvania potholes.

Speaking with reporters after Friday’s practice, Turner spoke to the growth of the offensive line.

“I think it’s a continuous  learning curve that we are dealing with right now,” Turner said via the team website. “It’s not a bad thing at all. It’s just something that we have to keep on pressing through and pressing forward. And when you learn something, it means that you’re fixing old problems and finding new problems. And there’s going to always be that in the NFL. Now it’s about how fast we can correct problems.”

Turner’s last point is a critical one and something we’ve pointed out throughout the week. The Steelers’ problems appear to be physical. It isn’t because this group isn’t big enough, strong enough, physical enough, or athletic enough. It’s an issue of technique and doing the little things right across the board.

In a sense, the inverse problem Pittsburgh had a year ago with an offensive line who showed its age and lacked the fire to win the line of scrimmage. Now, this new O-line is full of energy but trying to find the best way to channel it into something productive.

Turner believes there’s a supporting cast around him to accelerate the learning curve.

“The coaches do a good job of coaching us up. We have a good quarterback, a great quarterback, and he’s a great leader back there helping us get that together. We all five have to get together and think as one.”

That starts this Sunday against a tougher-than-expected Bengals’ defense. One ranked second best against the run through the first two weeks, limiting Dalvin Cook and David Montgomery to three yard clouds of dust. If Pittsburgh wants to get serious about its running roots, proving it Sunday will go a long way to shutting up their critics.