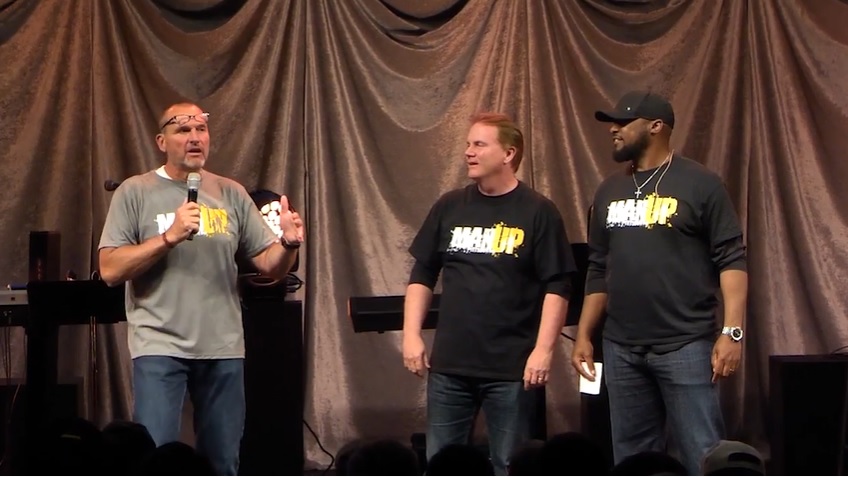 Before Mike Tomlin began his press conference to discuss a daunting matchup against the Buffalo Bills or pummeled by questions about T.J. Watt’s contract, he opened with a heartfelt statement about the passing of former Steelers’ offensive lineman and broadcaster Tunch Ilkin, who died this weekend after a battle with ALS.

Talking with reporters, Tomlin spoke about his friendship with Ilkin.

“I’d like to acknowledge that as you all know, we lost a quality human being in Tunch Ilkin a number of days ago,” Tomlin said. “It was an honor to work with Tunch formally and informally. I had an opportunity to develop a great friendship with him over the years through our formal work here at the Pittsburgh Steelers through our roles but also just through informal ways. In the community and so forth. I was really appreciative of his participation in my ManUp Pittsburgh initiative annually. He was a critical component of that.”

The ManUp initiative began in 2013. Tomlin’s been a part of every single one and in some years, invited Ilkin to speak. Here’s a clip of Ilkin talking during 2018.

Ilkin was a fixture in the Pittsburgh community, as evident by the number of stories and well-wishes his family has received in recent days.

Tomlin went on to recall how all their conversations began.

“I thought about him often, quite frankly, over the last couple of days. Just in greeting and interacting with people. What an inspiration he was. If you ever said hello to Tunch and asked him how he was doing, he always said better than he deserved. And I would also respond with that same thing when greeted by him. And he will be sorely missed. I appreciate the life that he lived and the friendship that he provided. Not only me but many of us not only within this organization but this community,”

Ilkin was part of the Steelers’ organization for more than 40 years first as a player, a sixth-round pick out of Indiana State, and then as a broadcaster with the team. An immigrant from Turkey, he lived the American Dream, coming to the states, earning his degree, and making it into the NFL. The road was far from easy. The Steelers cut him after his first training camp and to stay in shape, he played football in a park for a local league back home in Chicago. Pittsburgh signed him back mid-way through his rookie year and Ilkin stuck after that, developing into a stud offensive tackle who started 143 games for the Steelers.

As a broadcaster, he had the unique ability to translate his experiences as a player and relate them to fans, from the most casual to the X’s and O’s junkies. Playing the game and explaining the game are two wildly different things but Ilkin did both masterfully .

And it was his impact in the community, his kindness, godliness, and friendship to so many that left an incredible mark on those around him.

Understandably so, the focus of Tomlin’s press conference was about football. But it was a classy gesture to open it with something much bigger than football. The loss of a dear friend. To Tomlin. And to countless others.